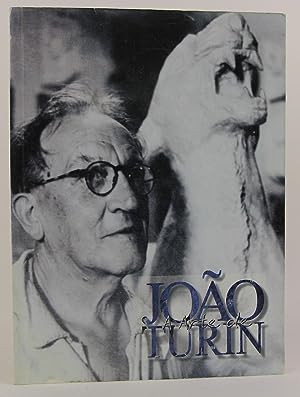 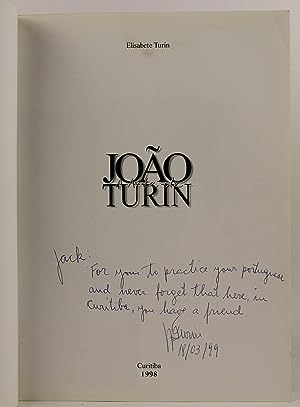 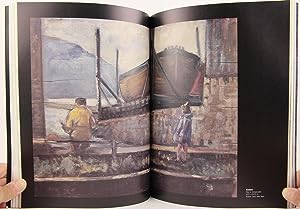 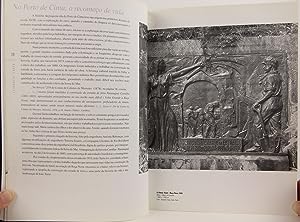 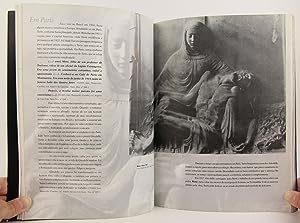 B01IRPMH6O In Portuguese. 1998 signed and inscribed first edition, E. Turin (Curitiba, Portugal), 8 3/4 x 11 3/4 inches tall paperbound, copiously illustrated (mostly in full color), 174 pp. Light soiling and moderate to heavy rubbing and edgewear to covers. Creasing to a couple of page tips, including the upper tip of the half title. Signed and inscribed by the author on the title page, which has a bit of light soiling. Otherwise, a very good copy - clean, bright and unmarked - of this scarce collection. OCLC (No. 45175474) locates only a half dozen copies at institutions worldwide - at the Universidade de Sao Paulo, Library of Congress in Washington, and the Universities of Michigan, Texas and New Mexico, as well as the Art Institute of Chicago. ~SP27~ A retrospective of the work of renowned Portuguese sculptor Joao Turin (1878-1949), a number of whose sculptures adorn public places of Curitiba, Portugal, and other cities, including his statue of Tiradentes at the center of the Capital, and the statue of Rui Barbosa, which is at Santos Andrade Square. The book is written by his grand-niece, Elisabete Turin. Joao Turn was one of the creators and a primary representative of Paranismo, an aesthetic movement which emerged in Curitiba in the 1920s, focused on the value of indigenous and regional fauna and flora. Turin was also an accomplished painter, and many of his paintings are included in this collection. Buchnummer des Verkäufers SP27-0761-6230