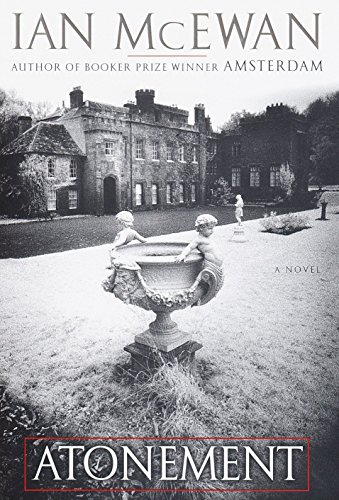 Limited first edition (one of 500). Signed by author on tipped in sheet; no other markings. Negligible wear. Buchnummer des Verkäufers 1802210020

"The engrossing new novel by the winner of the 1998 Booker Prize "hauls a defining part of the British literary tradition up to and into the 21st century." -Geoff Dyer, The Guardian

"It is rare for a critic to feel justified in using the word "masterpiece," but Ian McEwan's new book really deserves to be called one...Atonement is a work of astonishing depth and humanity... This novel really is worthy of the Booker." -The Economist

"The narrative, as always with McEwan, smoulders with slow-burning menace. the book is magically readable and never has McEwan shown himself to be more in sympathy with the vulnerability of the human heart." -The Sunday Times

"McEwan is a consistently entertaining storyteller, giving good weight right up until the final page. Even by his exacting standards his latest novel is extraordinary. His trademark sentences of sustained eloquence and delicacy, which have sometimes over-rationalized the evocation of emotion, strike a deeper resonance in Atonement." -The Times


We guarantee the condition of every book as it's described on the Abebooks web sites. If you're dissatisfied with your purchase (Incorrect Book/Not as Described/Damaged) or if the order hasn't arrived, you're eligible for a refund within 7 days of the actual delivery date. If you've changed your mind about a book that you've ordered, please use the Ask bookseller a question link to contact us and we'll respond within 2 business days.