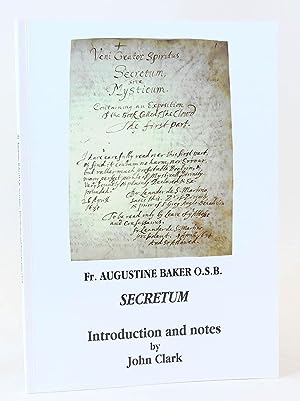 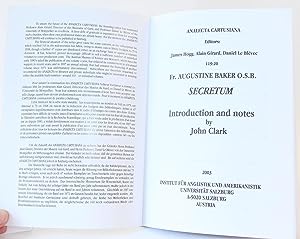 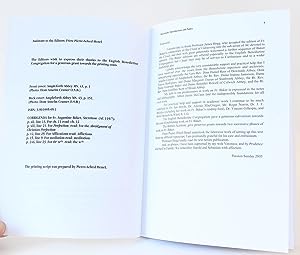 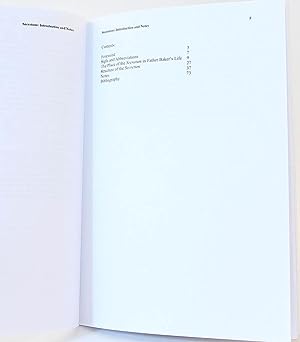 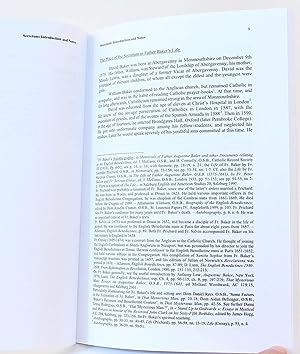 3901995951 2003 Institut fur Anglistik und Amerikanistik, Universitat Salzburg (Salzburg, Austria), 6 5/8 x 9 1/2 inches tall paperbound in pictorial covers, 81 pp. ~AA~ An introduction to, and notes on, the 'Secretum Sive Mysticum, Containing an Exposition of the Book Called The Clowd,' the work by Fr. Augustine Baker (1575-1641), a Benedictine mystic and an ascetic writer, which sheds light on the anonymous work of Christian mysticism written in Middle English in the latter half of the 14th century which we now know as 'The Cloud of Unknowing.' This work was a spiritual guide to contemplative prayer which proposes that the only way to truly 'know' God is to abandon all preconceived notions and beliefs or 'knowledge' about God and be courageous enough to surrender your mind and ego to the realm of 'unknowingness,' at which point, you begin to glimpse the true nature of God. 'The Cloud' became known to English Catholics in the mid 17th century, when Baker wrote his 'Secretum Sive Mysticum,' but the original work itself was not published until 1877. The work has become increasingly popular over the course of the twentieth century, with nine English translations or modernizations produced in this period, and at least one new version in production as of 2014. In particular, the Cloud has influenced recent contemplative prayer practices. The practical prayer advice contained in The Cloud forms a primary basis for the contemporary practice of Centering Prayer, a form of Christian meditation developed by Trappist monks William Meninger, Basil Pennington and Thomas Keating in the 1970s. Buchnummer des Verkäufers AA-0741-1042