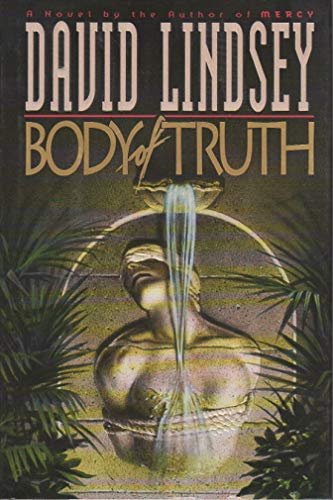 1992. Hardback. Fine. First Edition. First Print. Signature only by author on the title page. Dust jacket is protected with a Mylar cover. Books are packed and shipped in boxes. Buchnummer des Verkäufers 4086

From the bestselling author of Mercy, an artfully crafted, hypnotically suspenseful thriller that combines the intensity of Thomas Harris with the moral complexity of Graham Greene.
David L. Lindsey is one of those rare writers who have enjoyed both critical and commercial success. His six previous novels have received widespread acclaim for their elegant writing and vivid characters, but they also have been virtually impossible to put down, and his last novel, Mercy was a huge national bestseller. Now, in Body of Truth, Lindsey's popular hero Stuart Haydon returns as he investigates the disappearance of a young American woman in the murky underworld of Guatemala.
When Lena Muller, daughter of a wealthy Houston businessman, disappears in Central America, her father, convinced she has been murdered, hires private detective Jim Fossler to investigate. Six months later Haydon receives an urgent call from Fossler - an old friend - from Guatemala City. Fossler has found Lena, but believes she is in serious trouble; sounding quite shaken, he asks Haydon to fly down to help him clear up the situation.
Haydon complies, and upon arriving in Guatemala is immediately drawn into the country's surreal and violent netherworld, where a small group of American expatriates are engaged in quasi-official intrigues that have entangled them with corrupt military officials and an elusive faction of Guatemalan guerrillas. The unforgettable cast of Lena's "friends," all desperately trying to locate her, include Bennett Pittner, the brilliant, jaded semi-alcoholic CIA head of station in Guatemala; Janet Pittner, his wealthy and dangerously impetuous ex-wife, a woman for whom deceit is second nature - and a pleasure; Dr. Aris Grajeda, a young Guatemalan doctor who passionately fights both his country's suffering and the corruption that causes it; and Taylor Cage, a shadowy "freelancer" in the intelligence trade, an undeniably arrogant, calculating, and charming man, as "possessing of true bravery as any man Haydon had ever met."
As Haydon is drawn further into this maze of conspiracies, he soon realizes that Lena Muller is not the young woman either he or her parents thought her to be. And, much to his regret, he also learns that it is not only people who disappear in Guatemala - often the border between reality and illusion vanishes as well.
Body of Truth is a brilliant thriller: literate, haunting, and as impossible to put down as it is to forget.

We are an online bookstore. Please visit us at your leisure.