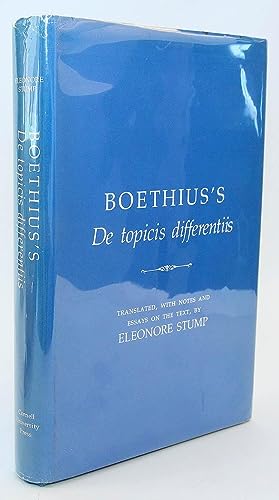 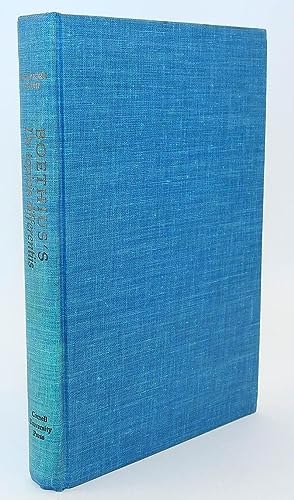 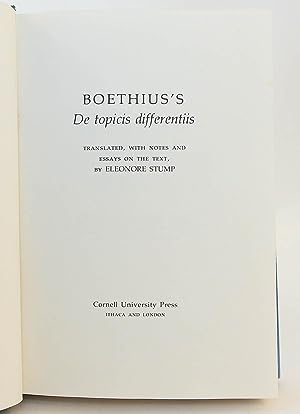 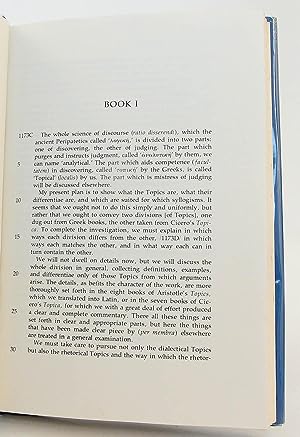 0801410673 1978 signed and inscribed first edition Cornell University Press (Ithaca, NY), 6 1/2 x 9 1/4 inches tall blue cloth hardbound, gilt lettering to spine, 287 pp. Minor rubbing to covers. Sun fading to spine. Minor foxing to page edges. Inscribed and signed by the translator and editor on the front free-endpaper. Otherwise, a very good copy - clean, bright and unmarked - in a slightly edgeworn dust jacket (nicely preserved in a clear archival sleeve). ~QQ~ The first modern English translation of the important philosophical treatise 'De Topicis Differentiis,' by Roman philosopher and statesman Anicius Manlius Severinus Beothius (circa 480-524), best known today for his last written work, 'The Consolation of Philosophy,' composed as he awaited execution by Ostrogoth King Theodoric, who unjustly suspected him of conspiring against the Ostrogoths with the Eastern Roman Empire. In this treatise, which is extensively supplemented by Professor Stump's notes and commentary, Boethius presents a method for finding arguments, which is the art complementary to what is now called 'logic,' the method for judging or evaluating arguments. De Topicis Differentiis is Boethius' advanced work on the subject and deals primarily with Topics (loci), which are the means for finding arguments. Prof. Stump supplies detailed philosophical analyses examining his method and placing the text with respect both to its predecesors back to Aristotle and to its successors down to the standard medieval text of Peter of Spain. There is also a detailed discussion of the predicables - genus, species, property, differentia, accident and definition - on which Boethius' method depends. Buchnummer des Verkäufers QQ-0841-1225

"Students of Boethius and of medieval logic will... profit from Stump's work on this difficult treatise. Her translation, ... the first into English... and the interpretative essays, e.g., on dialectic and Aristotle's Topics, Peter of Spain, and the Porphyrian Tree, are useful and informative." --Library Journal