Verwandte Artikel zu Bold Plum: With the Guerillas in China's War Against... 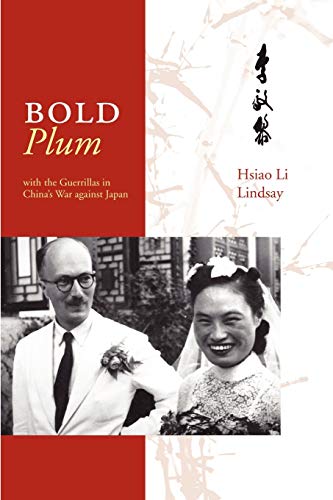 Bold Plum: With the Guerillas in China's War Against Japan

Titel: Bold Plum: With the Guerillas in China's War...

Hsiao Li Lindsay is a master storyteller and a historian's dream. She offers a day-by-day account of flight from Beijing [in 1941] with Japanese troops in pursuit, years with the Communist guerrillas in North China, childbirth on the trail, and refuge in Yenan. Bold Plum shows us the communist movement in all its precarious local variation. Lindsay's keen eye and prodigious memory are a gift to us all. Gail Hershatter, Professor of History, University of California, Santa Cruz, USA./ This is a rare item. Bold Plum has all the virtues of a remarkably sharp authorial memory and a story line that ranges from tragically massacred peasant villages to living intimately with Mao Zedong, Zhou Enlai, Zhu De, Lin Biao, and the whole gang. Jerome Silbergeld, Professor of Chinese Art and Film, Princeton University, USA./ I just couldn't put Bold Plum down. Her courage and the choices she had to make are amazing. Fatima Jibrell, Goldman Environmental Prize 2002./ Hsiao Li lives in Beijing, China.


We guarantee the condition of every book that we sell through AbeBooks. If you're unhappy with your purchase (Incorrect Book/Not as Described/Damaged) or if the order hasn't arrived, you are eligible for a refund within 30 days of the estimated delivery date. If you've changed your mind about a book that you've ordered, please use the "Ask Bookseller A Question" link to contact us, and we'll respond within 2 business days.


Orders usually ship via USPS within two business days. If your book order is heavy or oversized, we may contact you to let you know extra shipping is required.