Verwandte Artikel zu COMES THE VOYAGER AT LAST: A Tale of Return to Africa 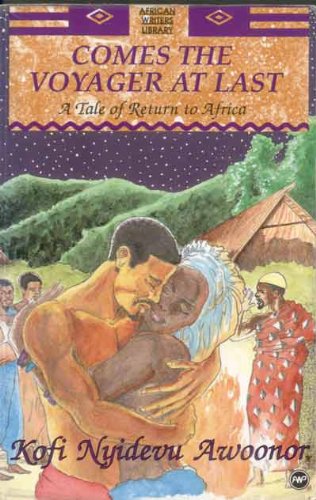 COMES THE VOYAGER AT LAST: A Tale of Return to Africa

Trenton, NJ: Africa World Press, Inc., (1992). (1992). Very good. INSCRIBED AND SIGNED BY KOFI AWOONOR - Octavo, softcover bound in pictorial wrappers. The binding is very slightly bumped. Title, [2] leaves, 138 & [1] pages. The bottom corners of the first few leaves are slightly bumped. Near fine. First edition.Inscribed by the author in the year of publication "To Eugene / with the best of wishes" and signed "Kofi Awoonor / 11/28/1992".Kofi Awoonor [1935-2013] was killed in the Westgate shopping mall attack in Kenya in September 2013. With his death, Ghana lost a much loved and respected poet, literary critic and elder statesman. Awoonor was the author of novels, poems, plays, political essays and literary criticism. In the early 1970s, he served as Chairman of the Department of Comparative Literature at SUNY Stonybrook, returning to Ghana in 1975 to teach at the University College of Cape Coast. Awoonor grew up in the newly independent Ghana. His outspoken political views, his close friendship with its first president Kwame Nkrumah, and his fierce loyalty to the Ewe traditions of his grandmother, made him a controversial figure and under the military rulers who held power in the 1970s, he was arrested and jailed for ten months for allegedly being involved in a 1975 coup plot. In the last two decades, Awoonor contributed to the development of Ghana's democracy, both as a oounselor to the head of state and as Ghana's ambassador to the United Nations from 1990 to 1994. Bestandsnummer des Verkäufers 33149

Titel: COMES THE VOYAGER AT LAST: A Tale of Return ...

A haunting tale of slavery, a forced journey to the New World and subsequent return to his native land by the Ghanian statesman, novelist and poet.