Home O'Callahan, Father J. S.J. I Was Chaplain on the Franklin 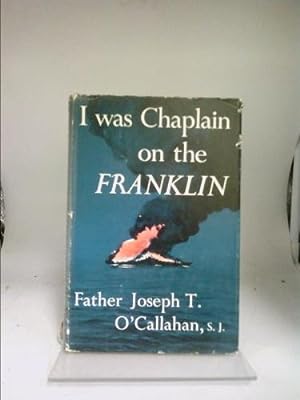 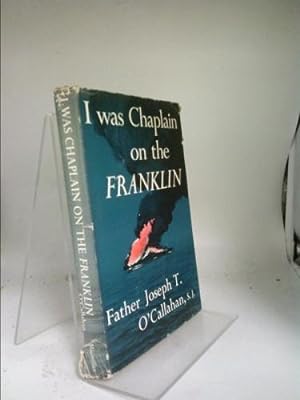 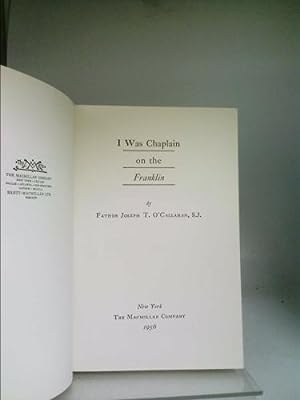 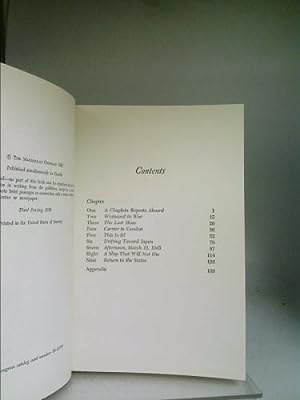 I Was Chaplain on the Franklin

1. I Was Chaplain on the Franklin

Buchbeschreibung MacMillan Company. Hardcover. Zustand: GOOD. Spine creases, wear to binding and pages from reading. May contain limited notes, underlining or highlighting that does affect the text. Possible ex library copy, thatâ ll have the markings and stickers associated from the library. Accessories such as CD, codes, toys, may not be included. Bestandsnummer des Verkäufers 3148293232

2. I Was Chaplain on the Franklin

Buchbeschreibung The Macmillan Company, 1956. Hardcover. Zustand: Good. Good condition book. No Dust Jacket. Darkened tan to the page edges. Slight fading to the bottom of the boards. A good reading copy. Good condition is defined as: a copy that has been read but remains in clean condition. All of the pages are intact and the cover is intact and the spine may show signs of wear. The book may have minor markings which are not specifically mentioned. Most items will be dispatched the same or the next working day. Bestandsnummer des Verkäufers mon0013093358

3. I Was Chaplain on the Franklin

Buchbeschreibung Macmillan Publishing Company, New York, NY, 1956. Hardcover. Zustand: Very Good. Zustand des Schutzumschlags: Fair. 1st Edition. Macmillan Publishing Company, New York. 1956. Hardcover. Stated 2nd Printing. Book is tight, square, and unmarked but for former owner address label on FFFP. Book Condition: Very Good; light wear to head, tail, and tips from shelving; FFFP has indention marks probably from a child and a pen that scuff and mar a small area. DJ: Fair; NOT Price Clipped ($2.75); chipping and missing small pieces at head and tail; chipping of surface at all folds; closed tear on front. Blue cloth boards and spine with bright gilt lettering on the spine. 153 pp 8vo. The author earned the Medal of Honor for his actions aboard the USS Franklin (aircraft carrier) in March 1945 when the ship was bombed by Japanese aircraft and set aflame. Disregarding his own life, he set about helping where he could in and on the blazing ship that refused to sink and eventually made its way back to Pearl Harbor though with over 800 dead and 1000 wounded. A clean presentable copy in a Brodart mylar jacket. Bestandsnummer des Verkäufers 005788