Verwandte Artikel zu The Following of Christ, In Four Books

Home Kempis, Thomas a The Following of Christ, In Four Books 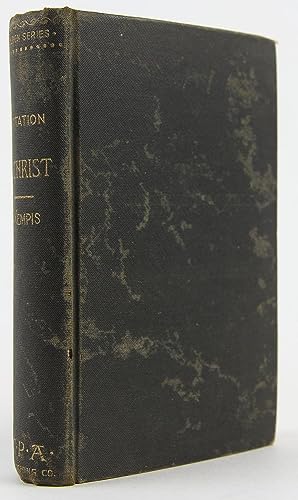 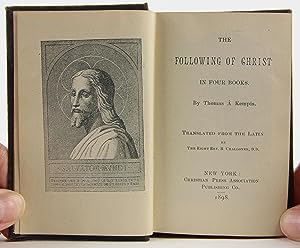 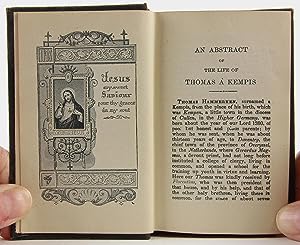 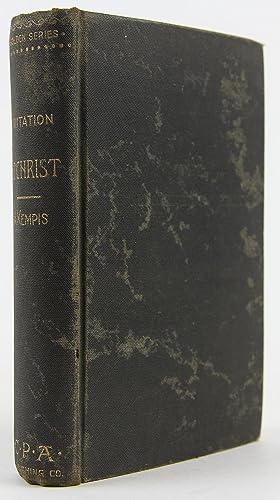 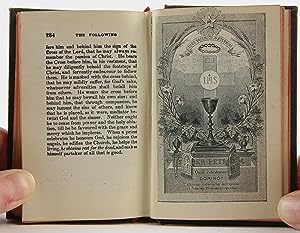 The Following of Christ, In Four Books

B07B9FN3HB 1898 Christian Press Association Publishing Co. (New York), 3 1/4 x 4 3/4 inches tall black cloth hardcover, no dust jacket, blind stamped title to front cover, gilt lettering to spine, all page edges red, illustrated throughout with black-and-white engravings of Christian art, [1], 327 pp. Moderate soiling, rubbing and edgewear to covers, with a tiny hole worn in the cloth of the front cover along the spine. 1900 prior owner gift inscription to blank front free-endpaper. Slight staining and creasing to blank rear free-endpaper. Otherwise, a very good copy - clean, bright and unmarked - of this scarce American issue of the beloved Bishop Challoner English translation of an immortal devotional classic. ~KM5~ [0.5P] Richard Challoner (1691-1781) was an English Roman Catholic bishop, and a leading figure of English Catholicism during the greater part of the 18th century. He is perhaps most famous for his revision of the Douay Rheims translation of the Bible. Challoner's goal in his translations was to make the classics of Catholic Spirituality accessible to Catholics, in English. To this end he translated this work, 'De Imitatione Christi' (the Imitation, or Following, of Christ) in 1737, a translation of St. Augustine's Confessions in 1739, and in 1757 The Life of the Holy Mother, St. Teresa, a biography of St. Teresa of Avila drawn from her writings. 'The Imitation of Christ' was written (or at a minimum, transcribed) by Catholic monk Thomas Kempis (circa 1380-1471), as four separate books completed between 1420 and 1427, at Mount Saint Agnes monastery, in the town of Windesheim, located in what is now the Netherlands. He wrote these works for the instruction of novices of his Augustinian monastic order, followers of Geert Groote's Brethren of the Common Life. But the writings quickly became popular among all the literate faithful. They were copied together in one manuscript as early as 1427, by Kempis, and copied (and later printed) together fairly consistently thereafter. Soon after hand-copied versions of the Imitatio Christi initially appeared, the printing press was invented, and it was among the first books after the Bible to be printed. There is probably no other book other than the Bible which has been printed in so many editions and translations. Buchnummer des Verkäufers KM5-0381-8800

Titel: The Following of Christ, In Four Books