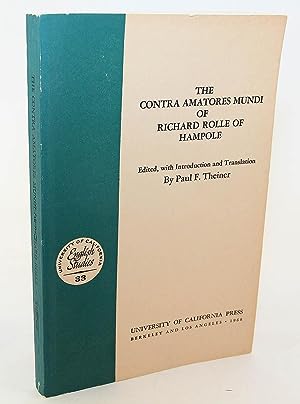 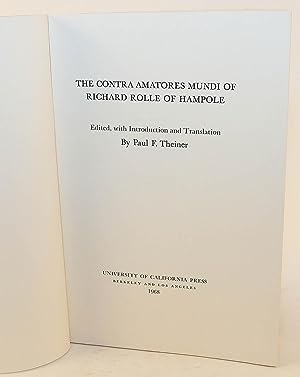 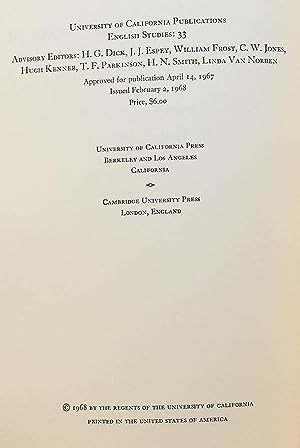 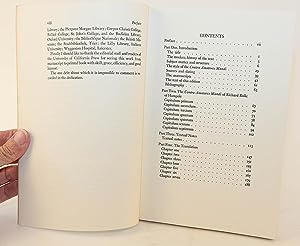 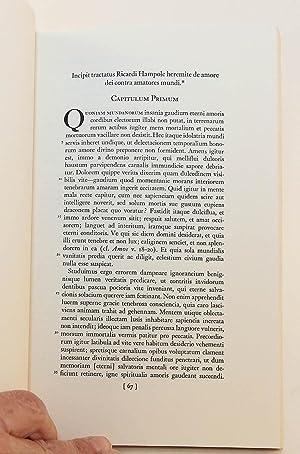 B0006BXAQ4 In English and Latin. 1968 inscribed first edition University of California Press (Berkeley, Calif.) 6 x 9 1/4 inches tall paperbound in green and tan wraps, ix, 196 pp. Small bump to rear tip and slight edgewear to covers, especially along spine. The author inscribed the book in the year of issue in black ink on the front free-endpaper to Phillip Damon (1922-2002), for many years a professor of English and comparative literature at UC Berkeley and a specialist in the influence of ancient literature on medieval texts. Otherwise, a very good copy - clean, bright and unmarked. ~KKK~ Richard Rolle (1290/1300-1349) was an English religious writer, Bible translator, and hermit. He is also known as Richard Rolle of Hampole or de Hampole, since after years of wandering he settled near the Cistercian nunnery in Hampole, Yorkshire. Rolle probably began writing in the early 1330s, and continued until his death - but there is no certain chronology of his various works. He wrote in both Latin and English, with his English works apparently all dating from after circa 1340. Rolle's works were widely read in the fourteenth and fifteenth centuries, more so even than Chaucer. Works of his survive in about 470 manuscripts written between 1390 and 1500, and in 10 sixteenth and early-seventeenth century printed editions (including the sixteenth-century edition by Wynkyn de Worde). This work, the 'Contra Amatores Mundi' (Against the Lovers of the World), survives in 42 manuscripts. Prof. Theiner here gives us a long introduction in English, and the text in both its original Latin and his own English translation. Buchnummer des Verkäufers KKK-0441-472