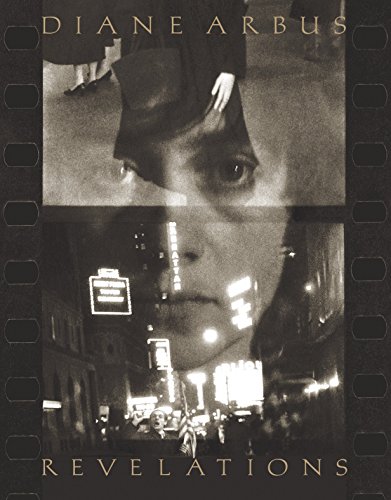 Language: English. Brand new Book. Diane Arbus redefined the concerns and the range of the art she practiced. Her bold subject matter and photographic approach have established her preeminence in the world of the visual arts. Her gift for rendering strange those things we consider most familiar, and uncovering the familiar within the exotic, enlarges our understanding of ourselves. Diane Arbus Revelations affords the first opportunity to explore the origins, scope, and aspirations of what is a wholly original force in photography. Arbus's frank treatment of her subjects and her faith in the intrinsic power of the medium have produced a body of work that is often shocking in its purity, in its steadfast celebration of things as they are. Presenting many of her lesser-known or previously unpublished photographs in the context of the iconic images reveals a subtle yet persistent view of the world. The book reproduces two hundred full-page duotones of Diane Arbus photographs spanning her entire career, many of them never before seen. It also includes an essay, "The Question of Belief," by Sandra S. Phillips, senior curator of photography at the San Francisco Museum of Modern Art, and "In the Darkroom," a discussion of Arbus's printing techniques by Neil Selkirk, the only person authorized to print her photographs since her death. A 104-page Chronology by Elisabeth Sussman, guest curator of the San Francisco Museum of Modern Art show, and Doon Arbus, the artist's eldest daughter, illustrated by more than three hundred additional images and composed mainly of previously unpublished excerpts from the artist's letters, notebooks, and other writings, amounts to a kind of autobiography. An Afterword by Doon Arbus precedes biographical entries on the photographer's friends and colleagues by Jeff L. Rosenheim, associate curator of photographs at The Metropolitan Museum of Art. These texts help illuminate the meaning of Diane Arbus's controversial and astonishing vision. Buchnummer des Verkäufers BZV9780375506208

A stunning retrospective spanning Diane Arbus's entire career features two hundred full-page duotones, many never before seen, accompanied by an essay on the artist's work, a discussion of her printing techniques, a definitive chronology, more than three hundred color illustrations, and previously unpublished excerpts from letters, notebooks, and other writings. 50,000 first printing.