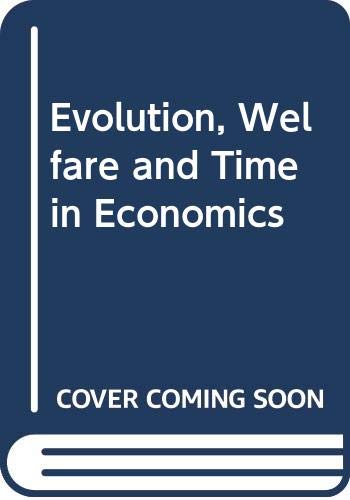 Evolution, Welfare and Time in Economics. Essays in Honor of Nicholas Georgescu-Roegen. (SIGNED BY GEORGESCU-ROEGEN.)

FIRST EDITION. xi, 182 pp, 1 leaf. Original cloth. Near Fine, in near fine dust jacket. Presentation copy of the First Edition, inscribed and signed by Georgescu-Roegen to Romanian-American economist Anghel Rugina (1913-2008). Contributors include Boulding, Spengler, Kuznets, Tinbergen, Hicks, Samuelson, et al. Pp. 171-8 = Bibliography. 'In 1966, Georgescu-Roegen bailed out of the Neo-Walrasian ship with a salvo of critical torpedoes - contained in the insightful and erudite introduction to his Analytical Economics (1966). There, he developed his initial ideas on a new biological or evolutionary approach to economic theory. His ideas were further developed and consolidated in his magnum opus, The Entropy Law and the Economic Process (1971). Georgescu-Roegen's claims, among others, were that an economy faces limits to growth, for which he invoked the Second Law of Thermodynamics ('useful energy gets dissipated'). Although generally ignored by mainstream economics, he was hailed by the fledlging environmental movement and, until the end of his life, never ceased to speak out on his ideas for a new approach to economic theory. Today, his work is gaining influence, and his insights are being grafted into the new field of evolutionary economics' (homepage [dot] newschool [dot] edu/het//profiles/georgescu [dot] htm). Buchnummer des Verkäufers 21007