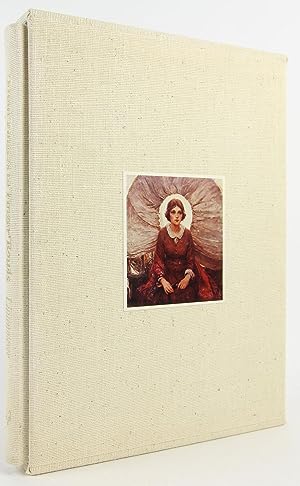 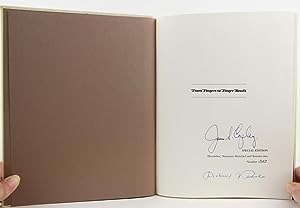 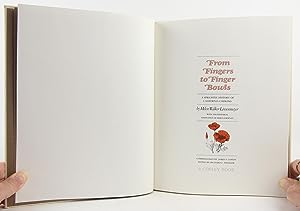 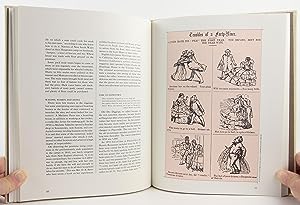 B00AC7AWJA Signed limited edition, December 1972, Copley Books (La Jolla, California), 8 7/8 x 11 1/4 inches tall beige cloth hardcover in publisher's matching cloth-covered slipcase, gilt lettering to spine, brown endpapers, copiously illustrated with black-and-white and full color photographs and maps, x, 142 pp. Numbered (copy 327 of an undisclosed run) and signed by editor Richard F. Pourade (1908-1981), and by publisher James S. Copley (1916-1973), who commissioned the work, on the half title page. Otherwise, a very good to near fine copy - clean, bright and unmarked - in a like slipcase. Note that this is a heavy and oversized book, so additional postage will be required for international or priority orders. ~SP30~ [3.5P] Helen Linsenmeyer starts with Indian foods and follows this with the Spanish influences both from the padres and the rancheros. The fourth chapter is devoted to the Gold Rush with the recipes brought west by the 49?ers and brought east by the Chinese to California. She follows this with the logical growth of California?s cities and the sophisticated restaurants of San Francisco. The final sixth chapter brings one up to date with the growth of the wine, olive, date and citrus industry. Just as one would imagine, California?s cuisine is a hodgepodge of all manner of ethnic influences. But the author has written in a lively style and compiled recipes which are not the re-hash of Betty Crocker - she did not, for example, fall into the ordinary Anglo trap of listing tomatoes as a vital ingredient for Chile Colorado. Her recipe was the authentic way and the reader is urged to discover this delicacy of the gods. Linsenmeyer provides both essays and recipes in each section; she lists eight pages of source materials both for research in writing the essays and also the recipes. Buchnummer des Verkäufers SP30-0281-8655