Verwandte Artikel zu Some Facts and Probabilities Relating to the History...

Home Shea, George Some Facts and Probabilities Relating to the History of Johannes... 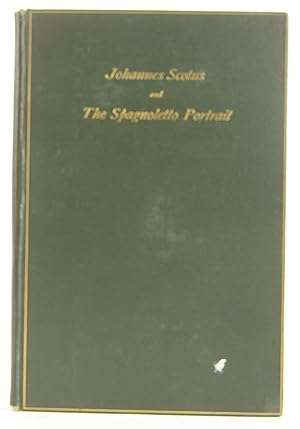 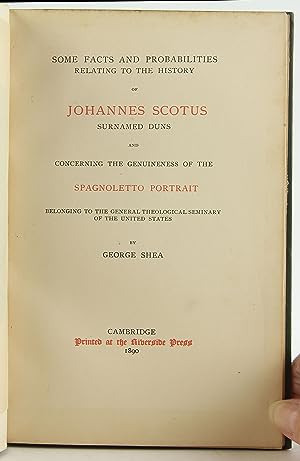 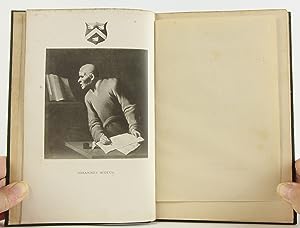 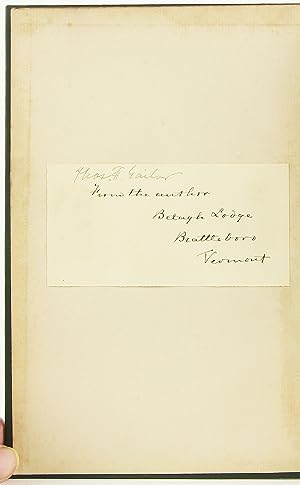 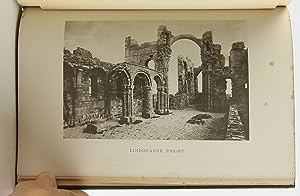 Some Facts and Probabilities Relating to the History of Johannes Scotus, Surnamed Duns, and Concerning the Genuineness of the Spagnoletto Portrait Belonging to the General Theological Seminary of the United States

B00M5KYED2 1890 presentation copy, first edition George Bell / Riverside Press (Cambridge, Mass.), 6 x 8 3/4 inches tall green cloth hardbound, gilt ruling and title to front cover, frontispiece of portrait and three other photographic illustrations, all printed on heavy stock with tissue guards, 31 pp. Covers somewhat stained and edgeworn. Presentation sheet to Thomas H. Sailor 'from the author' in Brattleboro, Vermont tipped in on front pastedown. Cracking between front pastedown and free-endpaper, but the binding appears solid. One-inch closed tear to fore margin of last page of text. Some foxing to verso of plates on heavy stock and lighter foxing to adjoining pages. Otherwise, apart from mild age toning to the paper, in good to very good condition. ~Y~ A brief biography of Duns Scotus and the author's extrapolations about a portrait of Scotus then in the possession of the General Theological Seminary (an Episcopal institution in New York) by Jose de Ribera (1591-1652), a Spanish Tenebrist painter and printmaker, also called Lo Spagnoletto ('the Little Spaniard') by his contemporaries and early writers. John Duns, commonly called Scotus or Duns Scotus (circa 1266-1308), is generally considered to be one of the three most important philosopher-theologians of the High Middle Ages. Scotus has had considerable influence on both Catholic and secular thought. The doctrines for which he is best known are the 'univocity of being,' that existence is the most abstract concept we have, applicable to everything that exists; the formal distinction, a way of distinguishing between different aspects of the same thing; and the idea of haecceity, the property supposed to be in each individual thing that makes it an individual. Scotus also developed a complex argument for the existence of God, and argued for the Immaculate Conception of Mary. Duns Scotus was given the medieval accolade Doctor Subtilis (Subtle Doctor) for his penetrating and subtle manner of thought. He was beatified by Pope John Paul II in 1993. Buchnummer des Verkäufers Y-0741-1143

Titel: Some Facts and Probabilities Relating to the...

Verlag: Printed at the Riverside Press