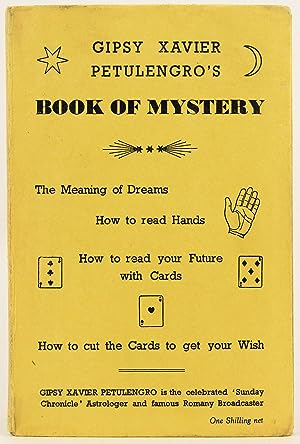 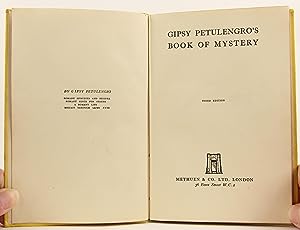 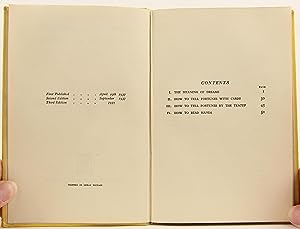 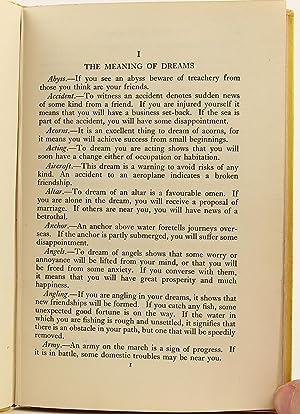 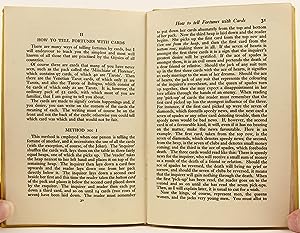 B004H4E31M 1937 signed third edition, Methuen and Co. (London), 5 x 7 1/2 inches tall hardbound, no dust jacket, yellow paper-covered boards, black lettering and design to front cover, [6], 57 pp. Minor soiling and moderate rubbing and edgewear to covers, especially to spine and tips. Staining to pastedowns and free-endpapers. Nicely signed 'Petulengro Gypsy King' on the front free-endpaper. Otherwise, a very good copy - clean, bright and unmarked - of this scarce magic book, especially uncommon signed. OCLC (No. 718704412) locates only one copy at institutions worldwide, at Bibliotheque Psychiatrique Universitaire de Lausanne (!) in Switzerland. ~SP28~ Xavier Petulengro (1859 - 1957), more often known as Gipsy Petulengro (or Gypsy Petulengro), was a British Romanichal horse trader, violinist, businessman, writer and broadcaster, known as the 'King of the Gypsies.' He frequently broadcast on BBC radio in the 1930s and 1940s, and later wrote regular astrology columns in magazines as well as publishing his autobiography and several books on Romani lore. Contents: The Meaning of Dreams; How To Tell Fortunes With Cards; How To Tell Fortunes by the Teacup; How To Read Hands. Buchnummer des Verkäufers SP28-0261-5306