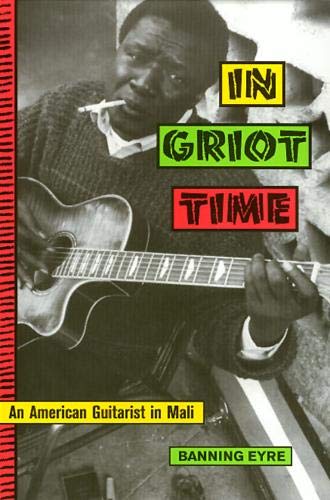 Language: English. Brand new Book. u0022Djelimady Tounkara has powerful hands. His muscled fingers and palms seem almost brutish to the eye, but when he grasps the neck of the guitar and brushes the nail of his right index finger across the strings, the sound lifts effortlessly, like dust in a wind. In Bamako, Mali, where musicians struggle, Djelimady is a big man, and all of his family's good fortunes flow from those hands.u0022Djelimady Tounkara is only one of the memorable people you will meet in this dramatic narrative of life among the griot musicians of Mali. Born into families where music and the tradition of griot story-telling is a heritage and a privilege, Djelimady and his fellow griots -- both men and women -- live their lives at the intersection of ancient traditions and the modern entertainment industry. During the seven months he spent living and studying with Djelimady, Banning Eyre immersed himself in a world that will fascinate you as it did him.Eyre creates a range of unforgettable portraits. Some of the people who stride through his pages are internationally known, musicians like Salif Keita, Oumou Sangare, and Grammy winner Ali Farka Toure. But the lesser-known characters are equally fascinating: Adama Kouyate, Djelimady's dynamic wife; Moussa Kouyate, the Tounkara family's own griot; Yayi Kanoute, the flamboyant jelimuso (female griot) who failed to take America by storm; Foutanga Babani Sissoko, the mysterious millionaire who rebuilt an entire town and whose patronage is much sought after by the griots of Bamako.But the picture Eyre draws is not just a series of portraits. Out of their interactions comes a perceptive panorama of life in Mali in the late twentieth century. The narrative gives us a street-level view of the transformation of musical taste and social customs, the impact of technology and the pressures of poverty, at a crucial time in Mali's history. In individual after individual, family after family, we see the subtle conflicts of heritage and change. Even the complications of democracy -- with democracy, mango vendors think they can charge anything they want, Djelimady points out -- are woven into an unforgettable saga of one man, his family, his profession, and the world of Malian music. Buchnummer des Verkäufers BTE9781566397582

Críticas: "Part travelogue, part musical master class, Banning Eyre's account of his musical travels in Mali is required reading for anyone that wants to unravel that country's complex musical tapestry.... Eyre is one of the leading lights of the Afropop worldwide organization." -Global Rhythm "The book is an earnest account of Mr. Eyre's seven-month stay in Bamako, Mali, where he had an apprenticeship with the guitarist Djelimady Tounkara." -The New York Times "In Griot Time is an extremely engaging, thoroughly well-written description of the exciting and complex modern musical scene of Bamako, Mali. Thanks to Banning Eyre's seven-months' total immersion in this West African society, his sensitive and colorful insights succeed in capturing the essence of that remarkable vibrant culture for his readers in a way that could only be equaled by personal experience." -David C. Conrad, Professor of African History, State University of New York Oswego "Guitarist Banning Eyre, driven by a deep love of Malian guitar and the desire to learn with the masters at the source of the tradition, goes to spend seven months in Mali's capital. There, against the backdrop of some of Africa's most beautiful music, he finds himself in the thick of griot intrigue. An affectionate and gripping account of what makes Mali's most popular musicians tick." -Dr. Lucy Duran, School of Oriental and African Studies, London University "Banning Eyre has produced an interesting and moving work which captures the feel and scent of living in an African society the way few travel books ever do. The community of musicians in Bamako comes to life in these pages. Readers who may have heard any of the music which is the book's focus will find Eyre's knowledge and perspective fascinating!" -Bruce Cockburn "Banning's book presents a riveting, richly illustrative and insightful look into his extraordinary seven month journey deep into the heart of Mali's music scene. To have been accepted both personally and musically is amazing in itself...that he writes about it this well is a revelation. The explosion and popularity and appetite for world music, Banning's book is a one of a kind primer on just how deep the connection runs between West African cultural traditions and nearly all of our Western popular music. I can't remember when a Westerner has been able to dive so deeply into another culture with such soulful results. His adventures inspired me to make my own journey with him to Mali this year...I had to see and hear this extraordinary world for myself." -Bonnie Raitt