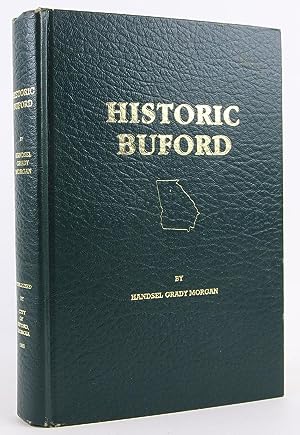 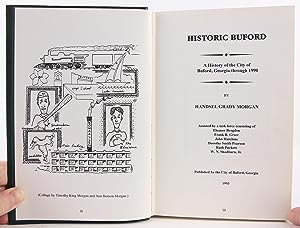 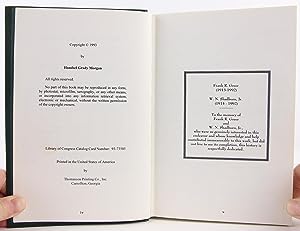 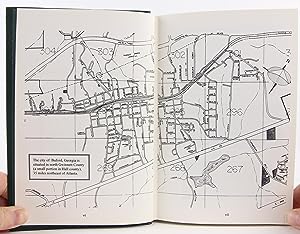 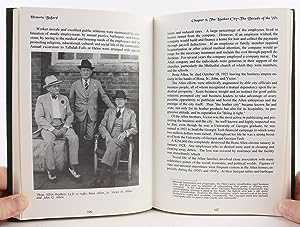 Historic Buford: A history of the City of Buford, Georgia through 1990

B0006F13DC 1993 first edition, Thomasson Printing / City of Buford (Buford, Georgia), 6 1/2 x 9 1/4 inches tall green faux leather hardcover, no dust jacket (as issued) gilt design and lettering to front cover and spine, green endpapers, copiously illustrated with black-and-white photographs and facsimiles, thoroughly indexed, xiv, 365 pp. Slight rubbing and edgewear to covers, with very slight staining to the upper margin of the front cover. Prior owner bookplate taped to front pastedown. Otherwise, a very good copy - clean, bright and unmarked - of this scarce local history. Due to the weight of the book, additional postage will be required for standard international orders. ~P~ [3.0P] A history of Buford, a city in Gwinnett and Hall counties in north-central Georgia. The city was founded in 1872 after a railroad was built in the area connecting Charlotte, North Carolina, with Atlanta. Buford was named after Algernon Sidney Buford, who at the time was president of the Atlanta and Richmond Air-Line Railway. The city's leather industry, led by the Bona Allen Company, as well as its location as a railway stop, caused the population to expand during the early 1900s until after the Great Depression had ended. Contents: Introduction; Preface; Full Steam Ahead: 1872-1900; The New York of Gwinnett: 1901-1920; The Leather City - The Decade of the '20s; The Depression-Proof Town - Buford in the '30s; World War II and the Decade of the '40s; Buford Dam and the Decade of the '50s; Transition: 1961-1980; Resurgence: The 1980s; Some Classic Homes and Other Structures, Past and Present; How the Streets Got Their Names; Some Sounds, Scenes and Incidents Recalled; Postscript; Appendices - Bibliography, Original City Charter, City Officials, City Court, Service Clubs and Organizations, Pastors of the Buford Churches, Buford High School Graduates Through 1949; 1909 Buford Telephone Directory, Other Lists, Miscellaneous Businesses, 1920-1990; Index. Buchnummer des Verkäufers P-0281-8775

1. Historic Buford: A history of the City of Buford, Georgia through 1990