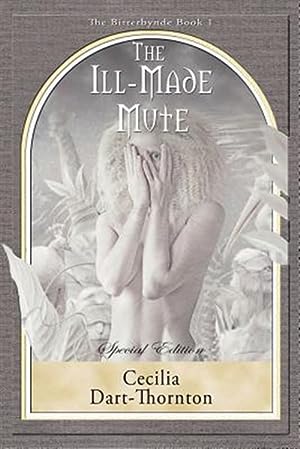 P·ginas: 508 GÈneros: Sinopsis: THE ILL-MADE MUTE - SPECIAL EDITION The Bitterbynde Trilogy #1 Revised and extended, with extras never before published, including information about Ms Dart-Thornton',s life as an author and fragments of her unpublished juvenilia. ',The Stormriders land their splendid winged stallions on the airy battlements of Isse Tower. Far below, the superstitious servants who dwell in the fortress',s lower depths tell tales of wicked creatures inhabiting the world outside, a world they have only glimpsed. ',Yet it is the least of the lowly - a mute, scarred, and utterly despised foundling - who dares to scale the Tower, sneak aboard a Windship, and then dive from the sky. ',The fugitive is rescued by an adventurer who gives it a name, the gift of communicating by handspeak, and an amazing truth, never guessed. Now Imrhien begins a journey to distant Caermelor, seeking a wise woman whose skills may be lifechanging. Along the way Imrhien must survive a wilderness of endless danger. For the hearthside tales are all true. The unhuman wights are real in all their legions. They haunt every pool, every turn in the road, and threaten and torment all travelers.', Author Cecilia Dart-Thornton was discovered on the Internet. She had written the three books of the Bitterbynde Trilogy before she uploaded the first chapter to a Writers', Workshop, where her work was spotted by an editor. Shortly afterwards Time-Warner',s publishing department (New York) offered her a contract. They published her books in hardcover, the first time they had ever done so with a new author. The Bitterbynde Trilogy hit the best-seller lists world-wide and has been translated into five languages._,

Dart-Thornton's Bitterbynde trilogy - each book, and all three together, DESERVE TO WIN EVERY FANTASY AWARD THERE IS. This glorious book gives my back my faith in fantasy fiction... a stunning representative of its field... to Cecilia Dart-Thornton I extend the plea: More! More!
- TANITH LEE, World Fantasy Award Winner

The Ill-Made Mute is THE BEST FANTASY NOVEL I'VE READ. . . at last, a book to get excited about.
- THE MERCURY - Tasmania

A buzzing proliferation of NEW WORLDS, weaving in and out of the psychic profile of our own.
- THE WASHINGTON POST

With deep roots in folklore and myth, tirelessly inventive, fascinating, affecting and profoundly satisfying - and Dart-Thornton has plenty in reserve for sequels. A STUNNING, DAZZLING DEBUT.
- KIRKUS REVIEWS

This is an enjoyable entree to The Bitterbynde. LIKE TOLKIEN and many of the best fantasy writers, Dart-Thornton has created a wonderful fantasy world that is a delight to wander through.
- THE HERALD SUN

SuperBookDeals.com is your top source for finding new books at the absolute lowest prices, guaranteed ! We offer big discounts - everyday - on millions of titles in virtually any category, from Architecture to Zoology -- and everything in between. Discover great deals and super-savings, on professional books, text book titles, the newest computer guides, or your favorite fiction authors. You'll find it all - at HUGE SAVINGS - at SuperBookDeals. Browse through our complete online product catalog today. Serving customers around the world for years, we help thousands find just the books they're looking for -- at incredibly low, bargain prices.


Our warehouses across the globe are fully operational without substantial delays. We are working hard and continue to overcome the daily challenges presented by COVID-19. We appreciate your understanding. ****