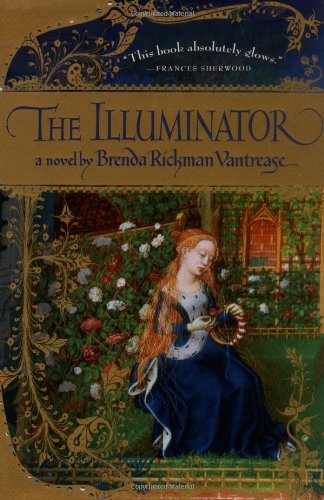 Signed by Author 0312331916 Like new copy. Signed by the author on the main title page. Dust jacket in a Brodart protector. Bestandsnummer des Verkäufers 028926

It is England, in the late fourteenth century, a time when the whim of a lord or the pleasure of a bishop can seal nearly anyone's fate. The printing press has yet to be invented. Books, written only in Latin or Norman French, are rare and costly, painstakingly lettered and illuminated with exquisite paintings---far beyond the reach of ordinary people. But there are cracks in the old feudal order---and in the absolute power of the Church. Finn is a master illuminator who works not only for the Church but also, in secret, for the heretical Oxford cleric John Wycliffe. Under the nose of the powerful Abbot of Broomholm, Finn illuminates pages for Wycliffe---an English translation of the Bible, meant to bring the word of God to the masses. And Finn has another secret, one that will lead both himself and his beloved daughter into ever-increasing peril. Lady Kathryn, the mistress of Blackingham Manor, is a widow who finds herself caught between the King's taxes and the Church's tithes. To protect her sons' inheritance, she strikes a bargain with the abbot---Kathryn will take in the illuminator and his daughter, and gain the monastery's protection. What begins as a hesitant friendship between Finn and Lady Kathryn grows into a passionate alliance that touches off a chain of betrayals, tragedies, and unexpected acts of heroism. Richly detailed and irresistibly compelling, "The Illuminator" is a glorious novel of love, art, religion, and treachery at an extraordinary turning point in history.