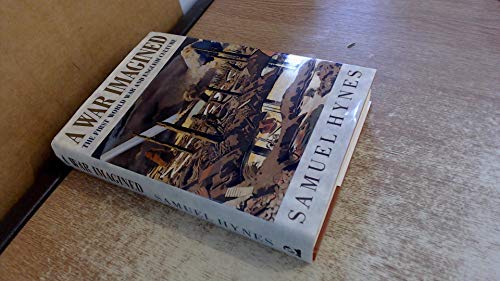 A War Imagined : The First World War and English Culture

Titel: A War Imagined : The First World War and ...

Between the opulent Edwardian years and the 1920s, between the England of "Pomp and Circumstance", the first Post-Impressionist show and "Man and Superman" and the England of "The Waste Land", "Facade" and "The Green Hat", World War I opens like a gap in history, separating one world of beliefs and values from another, and changing not only the map of Europe, but the ways in which men and women imagined reality itself. Because of the war, England after the war was a different place: the arts were different; history was different; sex, society, class were all different. Samuel Hynes records the process of that transformation of the English imagination, from the war's beginning, through crises and disasters, into post-war England with its disillusionment, social fragmentation and "Waste Land" spirit. He draws not only on the major literary texts of those years, but on newspaper and magazine writings, paintings, music, parliamentary debates, films, personal diaries and letters. From this store of contemporary records comes a portrayal of the great change that the war forced upon English imaginations, and of the cultural consequences.

Am Here Books was founded in Vaud, Switzerland in 1971 by Richard Aaron. The bookstore now has some 15,000 first edition poetry books in stock + a large number of books on Japan and Japanese culture, a major collection of 18th century books by and relating to Samuel Johnson & much else. We took a break in 2000 to attend to the description and sale of a number of archives but now are back to running our bookstore. Visitors are welcome by appointment. We accept PayPal. Telephone calls are answered between 8 A.M. - 6 P.M. Monday through Saturday. We check our answering machine once a day and will return all calls within 24 hours.


All books returnable within 30 days for any reason. Please note that if you wish to send mail to us directly that the address should read AM HERE BOOKS: 4419 Cooper Road, Eden, Maryland 21822


Orders usually ship within 4 business days. Shipping and insurance charges are calculated on an individual order basis; please be advised that shipping costs may vary, particularly with over-sized, international, and high value orders.