Home Kempis, Thomas a The Imitation of Christ (The Books of the Verulam Club) 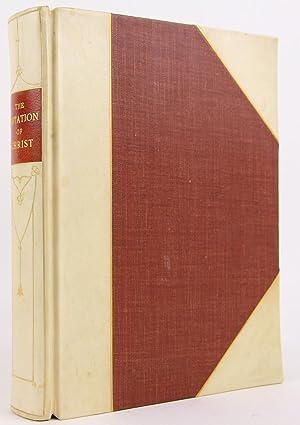 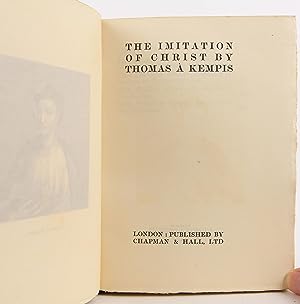 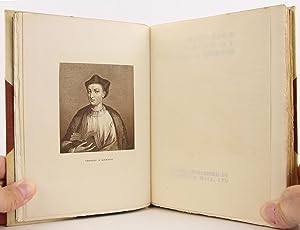 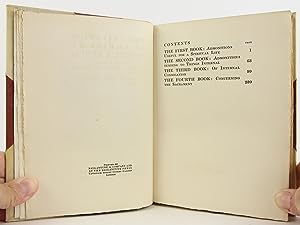 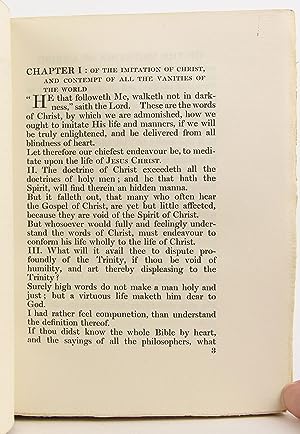 The Imitation of Christ (The Books of the Verulam Club)

B01M656LS6 No date, but a turn-of-the-century issue, denominated on the half title 'The Books of The Verulam Club,' Chapman and Hall, Ltd. (London), printed by Ballantyne & Company, Ltd. (London) and finely bound in gilt ruled half vellum and red cloth, 6 x 7 3/4 inches tall, with an intricate gilt design and gilt lettered red leather label to spine, top page edges gilt, fore and bottom page edges untrimmed, grey endpapers, frontispiece portrait with tissue guard, finely printed on laid paper, [6], 292, [2] pp. Covers mildly rubbed and stained. Otherwise, a very good copy - clean, bright, unmarked and solidly bound - and an extremely handsome example of turn-of-the-century fine binding in England. Produced by the bibliophile society The Verulam Club, named after Sir Francis Bacon, who was knighted in 1603, being the first scientist to receive a knighthood, and created Baron Verulam in 1618 (which peerage became extinct upon his death in 1626 without issue). Chapman and Hall, Ltd. was a British publishing house in London, founded in the first half of the 19th century by Edward Chapman and William Hall, which continued in business under this name through the 1930s, when it merged with Methuen. This was therefore printed before the 30s, and likely closer to 1900. ~GG~ The Imitation of Christ was written (or at a minimum, transcribed) by Catholic monk Thomas Kempis, as four separate books completed between 1420 and 1427, at Mount Saint Agnes monastery, in the town of Windesheim, located in what is now the Netherlands. He wrote these works for the instruction of novices of his Augustinian monastic order, followers of Geert Groote's Brethren of the Common Life. But the writings quickly became popular among all the literate faithful. They were copied together in one manuscript as early as 1427, by Kempis, and copied (and later printed) together fairly consistently thereafter. Soon after hand-copied versions of the Imitatio Christi initially appeared, the printing press was invented, and it was among the first books after the Bible to be printed. There is probably no other book other than the Bible which has been printed in so many editions and translations. In the past six hundred years, the work has been translated from Kempis' medieval Latin into nearly every language in the world. Buchnummer des Verkäufers GG-1061-6610

Titel: The Imitation of Christ (The Books of the ...