Verwandte Artikel zu Of the Imitation of Christ, Four Books

Home Kempis, Thomas a Of the Imitation of Christ, Four Books 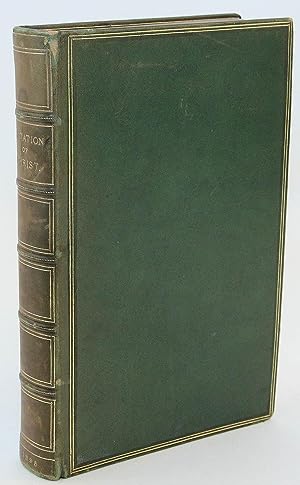 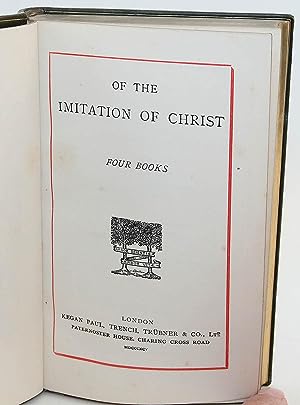 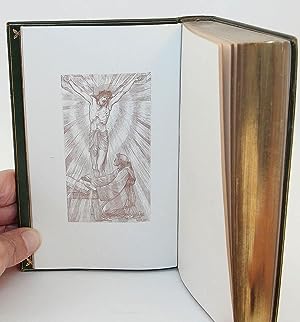 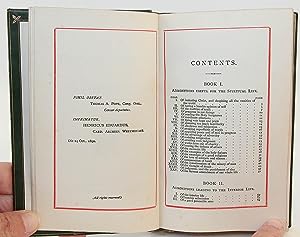 Of the Imitation of Christ, Four Books

B00MYG7POM 1895 Kegan Paul, Trench, Trubner and Co. (London), 4 3/8 x 6 3/4 inches tall full green leather bound (a signed binding by Bumpus of Oxford, England), gilt ruled boards, five raised bands and gilt-ruled compartments and lettering to spine, all page edges gilt, pastedowns framed in gilt-lined leather, engraved frontispiece, all pages red ruled, viii, 262 pp. Mild rubbing and slight edgewear to covers. Sun fading to spine. Offset from pastedowns' green leather to the adjacent blank free-endpapers, in front and back. Slight foxing to front and rear blank endpapers. Otherwise, apart from a trace amount of occasional very light foxing within, a very good copy - clean, bright and unmarked - of this scarce edition of a spiritual classic. ~KM3~ Though the translator isn't named, likely this is an edition translated by C. Kegan Paul, one of the publishers. The Imitation of Christ was written by Catholic monk Thomas Kempis (circa 1380-1471), as four separate books completed between 1420 and 1427, at Mount Saint Agnes monastery, in the town of Windesheim, located in what is now the Netherlands. He wrote these works for the instruction of novices of his Augustinian monastic order, followers of Geert Groote's Brethren of the Common Life. But the writings quickly became popular among all the literate faithful. They were copied together in one manuscript as early as 1427, by Kempis, and copied (and later printed) together fairly consistently thereafter. Soon after hand-copied versions of the Imitatio Christi initially appeared, the printing press was invented, and it was among the first books after the Bible to be printed. There is probably no other book apart from the Bible which has been printed in so many editions and translations. In the past six hundred years, the work has been translated from Kempis' medieval Latin into nearly every language in the world. Buchnummer des Verkäufers KM3-0841-1393

Titel: Of the Imitation of Christ, Four Books