Verwandte Artikel zu Of the Imitation of Christ; In Three Books: With the...

Home Kempis, Thomas a Of the Imitation of Christ; In Three Books: With the Book of the... 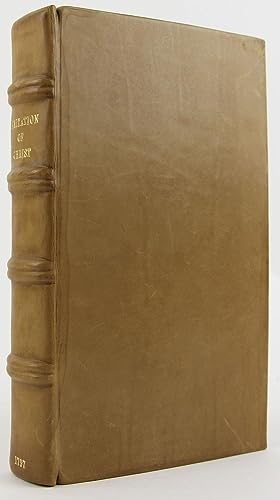 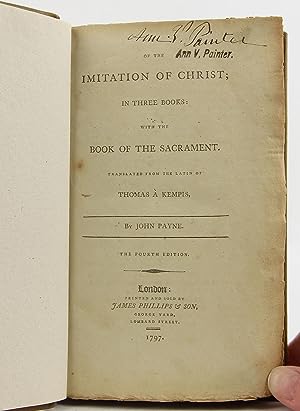 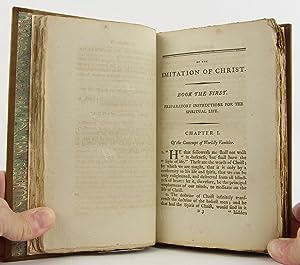 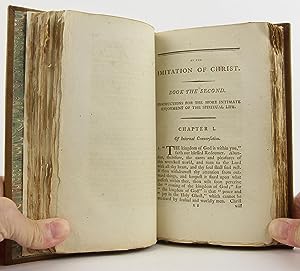 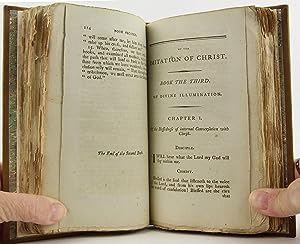 Of the Imitation of Christ; In Three Books: With the Book of the Sacrament. Translated from the Latin of Thomas a Kempis, by John Payne.

B01N287KKO 1797 fourth edition, James Phillips and Son (London), 5 x 7 7/8 inches tall full leather bound, four raised bands and gilt lettering to spine, marbled endpapers, fore and bottom page edges untrimmed, xxxix, 334 pp. plus publisher's ads. Very slight rubbing and edgewear to covers. Prior owner handwritten and stamped name to top margin of title page. Otherwise, apart from a few pages with slight creasing or minor foxing, a very good copy - clean, bright and unmarked - of this scarce early edition. References: Smith, J., Friends? books, 2.274; ESTC No. T93314. The English Short Title Catalog locates only 14 copies at institutions worldwide - 10 in Britain, and four in the United States (Yale, Harvard, UC Berkeley and Haverford College). ~KM3~ The fourth edition of the much-reprinted John Payne English translation of The Imitation of Christ (De Imitatione Christi in its original Latin). In the first paragraph of the 39-page translator's preface, Payne explains that he hoped to do 'some justice to the sense of the Original; which is almost lost in the loose paraphrase of Dean Stanhope [referring to Anglican George Stanhope's often reprinted 1698 English translation], and almost deprived of its spirit by the literal and inelegant exactness of others. Payne's translation uses the King James Version wording for scriptural quotations within the work, rather than the Vulgate edition of the Bible available to a Kempis in the fifteenth century. And Payne has edited out much from the original which he found overly 'monkish' or 'popish,' including substituting for the original Book 4 - dealing with the Roman Catholic Mass - a work which Payne here calls 'The Book of the Sacrament.' About the original author: The Imitation of Christ was written by Catholic monk Thomas a Kempis (circa 1380-1471), as four separate books completed between 1420 and 1427, at Mount Saint Agnes monastery, in the town of Windesheim, located in what is now the Netherlands. He wrote these works for the instruction of novices of his Augustinian monastic order, followers of Geert Groote's Brethren of the Common Life. But the writings quickly became popular among all the literate faithful. There is probably no other book apart from the Bible which has been printed in so many editions and translations. Buchnummer des Verkäufers KM3-0171-7095

Titel: Of the Imitation of Christ; In Three Books: ...