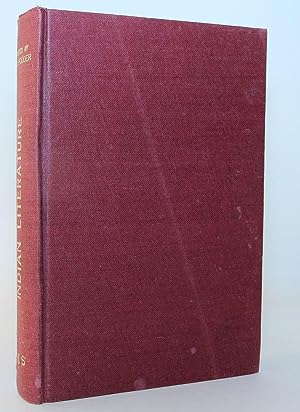 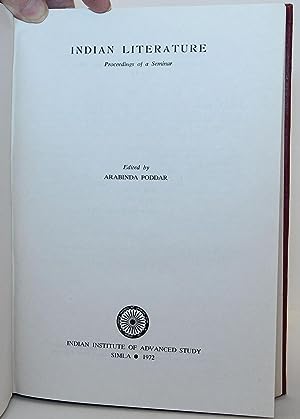 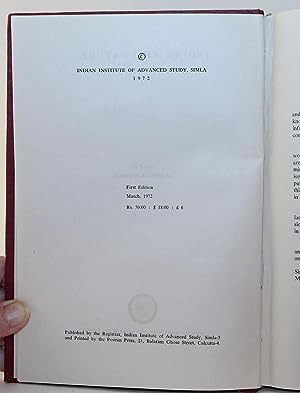 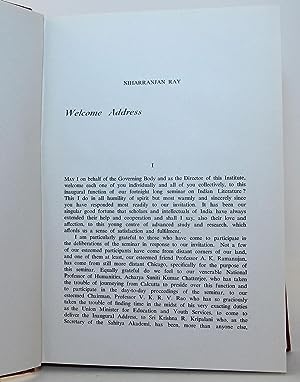 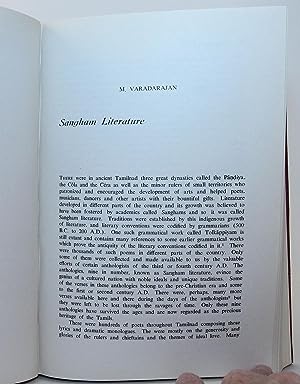 B00SGHND1C 1972 first edition Indian Institute of Advanced Study (Simla, India), 6 3/4 x 9 5/8 inches tall red cloth hardbound, no dust jacket, gilt lettering to spine, xvi, 530 pp. Tips and lower spine of book slightly bumped. Rubbing, light staining and edgewear to covers. Otherwise, apart frlm slight age toning, a very good copy - clean and unmarked. ~SP18~ The essays included in this volume were presented at a seminar on Indian Literature organized by the Indian Institute of Advanced Study in May 1970. The seminar was planned with a view to, first, gaining a paroramic view of India's literary landscape, and, secondly, examining the contention that Indian Literature is one despite its beig written in different languages. About the editor: Prof Arabinda Poddar is well-known in the literary and political circles of Bengal for his strong yet positive social and political views. He has authored several books in Bengali as well as English on a variety of topics - literary, political, historical, and cultural. However, he prefers to write in Bengali. The author had also participated in the independence struggle and was detained for a couple of years. Poddar has written critical assessments of Bankim Chandra Chatterjee (the pioneer 19th century novelist) and Rabindranath Tagore, in the backdrop of Indo-British politico-social relation; both of which were acclaimed and rewarded by Calcutta University as path-breaking works in the field of criticism. He was a visiting fellow at the Indian Institute of Advanced Studies, Shimla, where he contributed significantly to the study of the resurgence of Bengali literature and culture under the impact of western systems of thought and civilization. Poddar has been twice honored by the prestigious literary institute, Bangiya Sahitya Parishad. Additionally, the Asiatic Society has awarded him a lectureship instituted in the memory of Vidyasagar (the great social reformer of the 19th century). Buchnummer des Verkäufers SP18-0151-2379