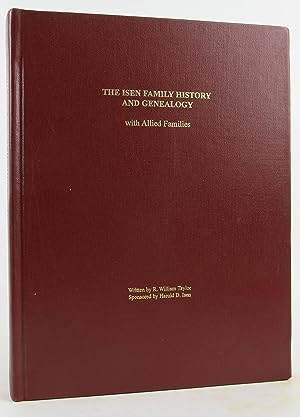 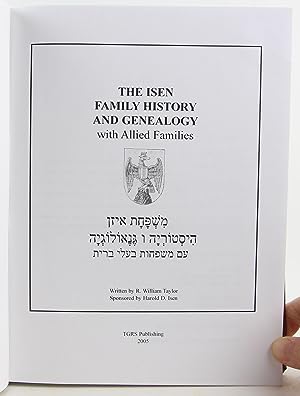 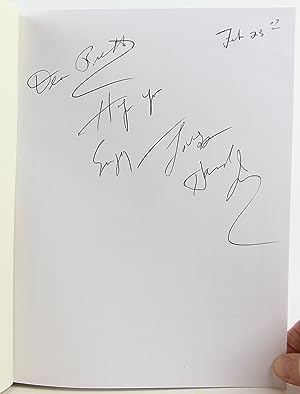 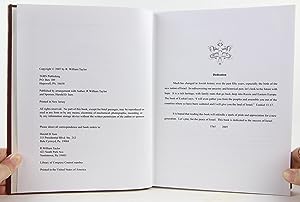 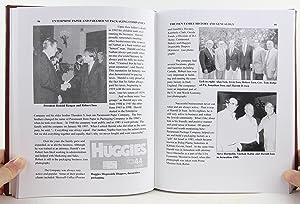 The Isen Family History and Genealogy with Allied Families

B001KJL4V4 2005 first edition, TGRS Publishing (Hopewell, Pennsylvania), 8 3/4 x 11 inches tall red buckram cloth hardcover, no dust jacket (as issued), gilt lettering to front cover and spine, copiously illustrated with black-and-white photographs, artwork and genealogy charts, [10], 343, [2] pp. Slight rubbing and edgewear to covers. 2007 gift inscription to blank front free-endpaper, likely signed by the family member who commissioned this work, Harold D. Isen. Slight abrasion to rear pastedown where a label was removed. Otherwise, a very good copy - clean, bright and unmarked - of this scarce family history and genealogy. OCLC (No. 62154361) locates only five copies at institutions worldwide - at the Family History Library in Salt Lake City, Library of Congress in Washington, the National Library of Israel in Jerusalem, the Pennsylvania State Library in Harrisburg and Mid-Continent Library in Independence, Missouri. Note that this is a heavy and oversized book, so additional postage will be required for international or priority orders. ~GGG~ [4.0P] Samuel Isen was born 26 November 1861 in Latvia or Lithuania. His parents were Yechiel Levine and Devorah. He married Minnie Kessler (1865-1936), daughter of Isaac Kessler and Rebecca, 11 May 1880 in Vilna, Lithuania. They had five children. He died 4 December 1943 in Philadelphia, Pennsylvania. Includes Assen, Levin, Lem, Kaplan and related families. Contents: Part I. Family history; 'Du vast du?': the Russian Empire and Lithuanian heritage; Family name changes: military service, the draft and immigration; A Philadelphia family : 'I will make you precious like fine gold,' Psalms 106:27; Cultural changes; Five important findings; Shetels of Lithuania; Hometown of Dvinsk, Latvia; Philadelphia at the end of the 19th century : ' . proclaim liberty throughout all the land,' Leviticus 25:10; The early years in Philadelphia and city directories; 1890 Philadelphia and federal census records : Samuel and Minnie Isen's small family; Enterprise Paper and Paramount Packaging companies: a family business; Isen coat of arms: Aisenstadt Eisenstadt; Part II. Family genealogy; How to use this book; Cousins and kinship : kinship relationship list of Harold and Samuel Isen; The descendants of Yecheskel and Devora Levine : the complete pedigree to date; The Isen family, descendants of Samuel and Minnie Isen: the Philadelphia branch of the family; The descendants of Isaac Levine's son Louis: part A, The New York branch of the family; The descendants of Isaac Levine's daughter Dora: part B, The Indiana and Midwest branch of the family; The descendants of Jacob Levine: the British branch of the family; Litvak ancestors of Harold D. Isen and family: with the Assen family, descendants of Lieb Press; Ahnentafel chart for Harold D. Isen; The Kessler family and other allied families of interest: with the Jaffee (Yaffee), Rosenberg and Gaffinowitz families; The Kaplan family history and genealogy: with the Dyntasnick (Desatnick/Desyetnick) family; Cemeteries and tombstones; Glossary: Glossary of foreign words and phrases; Epilogue. Buchnummer des Verkäufers GGG-0481-8919

Titel: The Isen Family History and Genealogy with ...