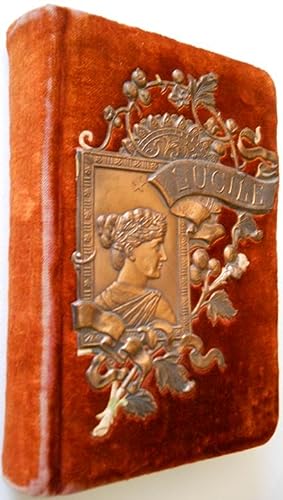 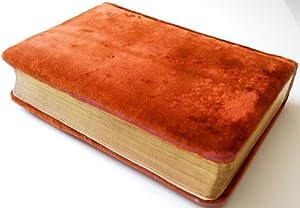 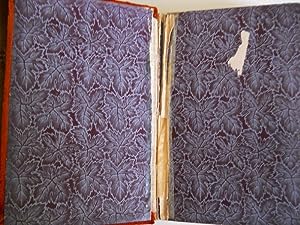 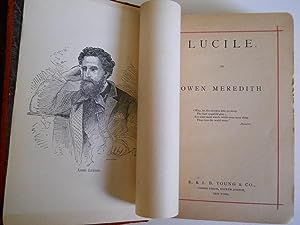 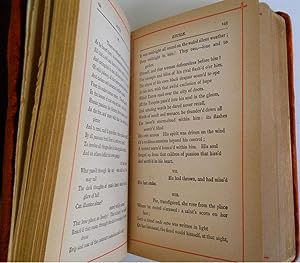 Buchbeschreibung Estes and Lauriat, Boston. Hardcover. Zustand: Fair. B0017PW4OW No dust jacket present and the cover is worn and has some stains on it. The binding is cracked in front of the title page and some of the pages show foxing (spotting). Overall, the book is still very readable. Ships, well packaged and very quickly, from MI. A detailed description is coming soon. The condition selected for the item is accurate and consistent with our other listings of the same general condition. If you have any questions or you would like a detailed description of the item prior to our revision of the listing, please do not hesitate to contact us. We will get back to you as quickly as possible. Please buy with confidence from us, as we have several thousand satisfied customers and your satisfaction is the goal we strive to achieve with every transaction. Bestandsnummer des Verkäufers LEAVINGFLA: 143

Buchbeschreibung E.A.Weeks & Co, 1896. Hardcover. Zustand: Good. No Jacket. Type: Hard Back Full length Narrative Poem first published in 1869. This hard-to-fine rare edition published by E A Weeks, Chicago, has no stated publication date, c 1896, based on E A Weeks apparently being in business in Chicago 1894-1899 (?). This edition is of the Handy Volume Series. Green linen binding with dark red decoration around front panel, title/author in center with decoration; red titled on backstrap with center floral design. No jacket, as issued. Boards are clean and unmarked with scuffed corners and spine ends. Sewn binding remains tight and solid and square. Former owner name in pencil on endpaper. A few pages have small smudges and chips but most are clean and overall in nice condition, pages lightly toned. A rare small volume of 19th Century English Literature. This verse novel was Meredith's most popular work and was widely popular in the 19th century - even though there was some hint of plagiarism. In the following century over 2,000 editions were published by nearly 100 publishers. 311 pages 4.75 x 6.25 inches. E.A.Weeks & Co, Chicago, Illinois, 1896. Bestandsnummer des Verkäufers 013837

Buchbeschreibung Belford, Clarke, 1884. Hardcover. Zustand: Good. Binding solid. Padded covers of leather-like material are worn. Small tears at some corners and at head and heel of spine. A 1.5" tear runs up from the bottom front at the hinge. Tissue guard is there. TP is partially secured with clear tape. Pages are fairly bright. Page edges are gilt. Interior free of markings. Your purchase benefits the world-wide relief efforts of Mennonite Central Committee. Bestandsnummer des Verkäufers mon0000216200

Buchbeschreibung Montgomery Ward & Co. Publishers, Chicago. Hard Back. Zustand: Near Fine. Zustand des Schutzumschlags: No Dust Jacket. 284 Pages. Green cloth boards with gilt page edges at the top. Date of publication is not given. Red silk bookmark with only a quarter inch showing. The top of page 31-32 has a corner crease. No other defects noted and pages are flawlessly white. Gold lettering on spine with title, author, publisher Montgomery Ward, and embossed decoration. Illustrated throughout. About 100 American publishers issued one or more editions of Meredith's Lucile beginning in1860. Montgomery Ward & Company offered this title from 1872 into the1940s. Lucile is a verse novel written by Robert Bulwer-Lytton under the pen name Owen Meredith, and published in 1860. The poem is a narrative told in an anapaest meter. It was Meredith's most popular work, achieving wide popularity in the 19th century, despite accusations of plagiarism involving elements of an 1831 George Sand novella, Lavinia. Size: 5 1/4" x 7 3/4". Bestandsnummer des Verkäufers 16912

10. LUCILE BY OWEN MEREDITH WITH TWELVE FACSIMILES OF WATER COLORS BY MADELEINE LEMAIRE AND ONE HUNDRED ILLUSTRATIONS IN BLACK-AND-WHITE BY C. MCCORMICK ROGERS. (Front board title: "Lucile by Owen Meredith. DeLuxe Edition. Illustrated by Madeleine Lemaire.")

Buchbeschreibung New York: Frederick A. Stokes Co., Publishers [Frederick A. Stokes Company], 1897., 1897. "De Luxe Edition" or Deluxe Edition (as stated upon front board). [6], 382 pages. Hardcover; H 28.25cm x L 22.75cm. Lacks the publisher's box with which it was issued. No dust jacket. Olive colored cloth, front board decorated with gilt stamped floral border with bold gilt stamped lettering, spine cloth decorated with gilt stamped lettering and gilt stamped geometric line design above center. Spotted discoloration along spine with strong staining to rear board, light scuffing at spine ends and at tips of board corners, gilt stamping remains bright particularly upon the front board. Past owner's name-address ink inscription on front pastedown. Although the title page calls for twelve watercolor facsimiles by Madeleine Colle Lemaire (1848-1928) only one image is present - "Duc de Luvois Adieu" laid-in opposite the title page. Curiously the binding is quite firm and does not reveal any stubs or glaring stress points where the other eleven images may have been excised. The 100 b/w illustrations by Charles McCormick Rogers are inset amongst the text. Otherwise a good+ copy. The first edition of LUCILE was published in London in 1860 by Chapman & Hall with the American first edition issued the same year by New York publisher Ticknor & Fields. However, the book enjoyed far greater popularity in the United States than in Great Britain for it remained in print in America for 78 years through 1938 during which nearly 100 American publishers released at least 2000 editions and/or issues with the Frederick A. Stokes Company being a primary promoter. Despite the extensive and convoluted bibliography (please refer to The University of Iowa Libraries' online Lucile Project for their extensive annotations), this is among the most handsome editions. Please note that this large book has an approximate shipping weight of 5 pounds (2.26 kg) and will require additional postage for any postal class other than domestic Media Mail. Bestandsnummer des Verkäufers DHB-11962