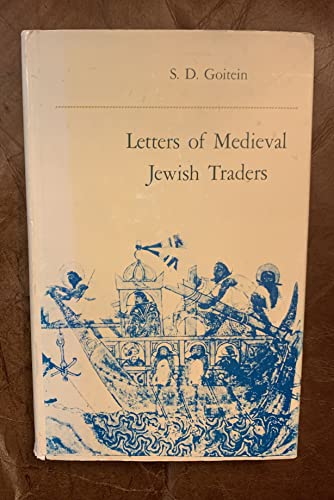 Letters of Medieval Jewish Traders. Translated from the Arabic with Introductions and Notes.

Modern international business has its origins in the overseas trade of the Middle Ages. Of the various communities active in trade in the Islamic countries at that time, records of only the Jewish community survive. Thousands of documents were preserved in the Cairo Geniza, a lumber room attached to the synagogue where discarded writings containing the name of God were deposited to preserve them from desecration. From them Professor Goitein has selected eighty letters that provide a fascinating glimpse into the world of the medieval Jewish traders.

As the letters vividly illustrate, international trade depended on a network of personal relationships and mutual confidence. Organization was largely through partnerships, based usually on ties of common religion but often reinforced by family connections. Sometimes the partners of Jews were Christians or Muslims, and the letters show these merchants working together in greater harmony than has been thought, even in partnerships that lasted through generations. The services rendered to a friend or partner and those expected from him were great, and the book opens with an angry letter from a merchant who believed he had been let down by his friend.

The life of a trader was full of dangers, as the letter describing a shipwreck illustrates, and put great strain on personal relationships. One of the most moving letters is that written to his wife by a man absent in India for many years while endeavoring to make the family's fortunes. Although never ceasing to love her and longing to be with her, he offers to divorce her if she feels she can wait for him no longer. A decisive event in the life of the great Jewish philosopher, Moses Maimonides, was the death of his brother David, who drowned in the Indian Ocean. Printed here is the last letter David wrote, describing his safe crossing of the desert and announcing his intention to go on to India, against his brother's instructions.

Professor Goitein has provided an introduction and notes for each letter, and a general introduction describing the social and spiritual world of the writers, the organization of overseas trade in the Middle Ages, and the goods traded. The letters demonstrate that although it reached from Spain to India, the traders' world was a cohesive one through which these men could move freely and always feel at home.