Verwandte Artikel zu The Light-years Beneath My Feet 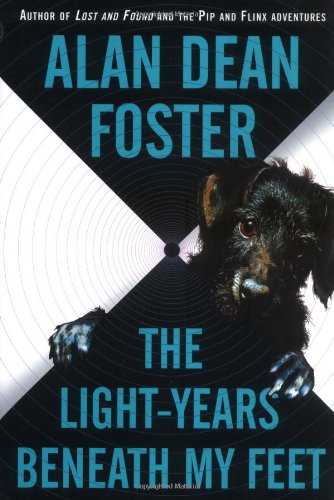 The Light-years Beneath My Feet

Titel: The Light-years Beneath My Feet

Not a headline from the National Enquirer, just Marcus Walker's own little Jerry Springer moment. He was indeed hustled aboard an alien Vilenjji starship, part of a cargo of primitive creatures bound for the "civilized" part of the galaxy, where they'll be sold ... as pets. Fortunately, there was another Earthling aboard, a scruffy dog named George who'd been speech-enhanced to increase his market value. Walker had spoken to plenty of dogs in his line of work but never to actual animals. He and George formed an immediate bond, giving new meaning to "man's best friend."
The Light-years Beneath My Feet finds Walker and George free at last, having managed, with some outside help, to outwit their kidnappers. But now they are a million billion miles from Earth. Walker glories in the wonders of his rescuer's hi-tech world and the thrill of being humankind's first galactic traveler - until he remembers that the only place he wants to be is home. To take his mind off the depressing fact that he hasn't the slightest idea where home is, never mind how to get there, the erstwhile commodities broker becomes a chef.
Walker never imagined that whipping up delicacies for demanding alien palates would lead to a possible way home - or that the possible way home would involve swapping his easy-living adopted planet for an all-out, age-old war many parsecs away. But hey, it was all for a good cause, he has George and their two fellow escapees for company, and what else was there to do, besides avoid Vilenjji? Plenty, as it turns out.