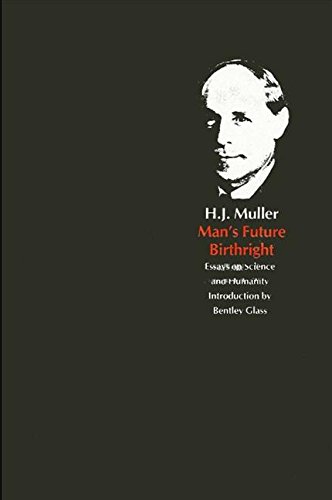 Muller's writings extended beyond contributions to technical journals. He was an active critic of social abuse of science; he advocated eugenic programs based on free choice; and he played a major role in the reform of high school biology. Muller's social views were published in magazines and journals which are accessible to scholars more than to the lay reader or student. They have been collected here to show how extensively he thought our lives are affected by radiation, evolution, modern medicine, and gene theory. He attempted to alert humanity to the dangers of neglect and abuse of their genetic heritage. He also used humanistic values to urge mankind to improve itself, to foster cooperativeness, to increase health and intelligence, and to adopt and evolutionary outlook. A companion collection of essays, The Modern Concept of Nature: Essays on Theoretical Biology by H. J. Muller, also published by State University of New York Press, deals with Muller's scientific contributions to genetics and evolution. It was Muller who developed the relation between genes and mutation; his views on the primacy of the gene in biology are reflected today in the similar primacy of nucleic acids as the basis of life. For students of the history of ideas, a collection of these essays would illustrate how genetic thinking prepared the world view for molecular biologists. The relation of science to values is often neglected because of the inaccessibility of the written contributions of famous scientists. To read Muller's major essays in these two areas is an important way to evaluate a scientist's career, his maturation of ideas, and his developing application of science to society.