Verwandte Artikel zu The Naked and the Dead (Signed and Inscribed First... 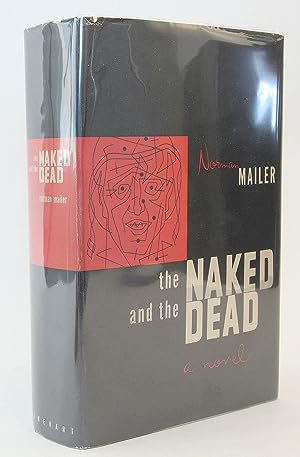 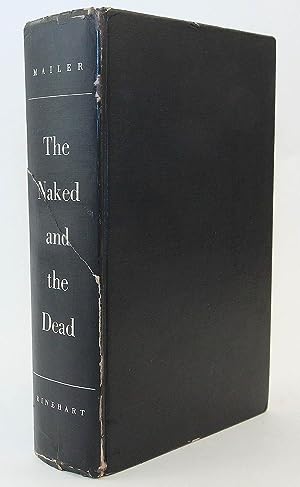 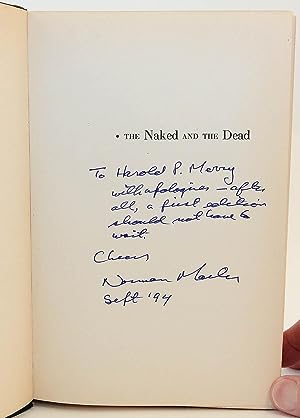 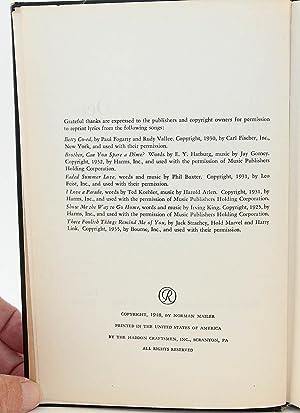 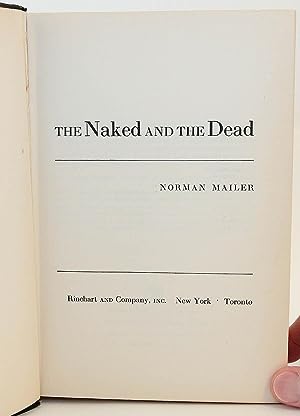 The Naked and the Dead (Signed and Inscribed First Edition, First Imprint)

B00NS3ADTY 1958 signed and inscribed first edition, Rinehart and Company, Inc. (NY), 6 x 8 1/2 inches tall black cloth hardbound in publisher's unclipped dust jacket (in a clear archival sleeve), 721 pp., all housed in a black archival lined case customized with the title. Rubbing and and edgewear to covers, with fraying to tips. Cracking to backstrip - a 3 3/4-inch crack along the right lower portion of the spine, then extending 2 3/4 inches diagonally through the middle of the title along the backstrip. A bit of cracking between the half title and title pages at the top, but the binding is quite firm. Very light shadow to two interior pages where a slip of paper may have been laid in. Otherwise, apart from very slight age toning, and a couple of creased page tips, a very good true first edition of this seminal novel, with a great inscription and signature by the author, in a very good first issue dust jacket, all handsomely housed in a custom black, felt-lined clamshell case with title embossed to front and gilt-lettered spine. With a letter of authenticity from PSA/DNA, the leading autograph authentication service. Mailer's half title inscription to Eliot, Maine's Harold P. Merry (1921-2008), reads, 'with apologies - after / all, a first edition / should not have to wait. / Cheers / Norman Mailer / Sept. '94' First impression, with circle-R Rinehart logo colophon on copyright page. Unclipped first issue jacket with $4.00 price and Stanley Rinehart blurb to flaps has only minor edgewear, with a 1-inch piece of tape to the upper edge of the rear cover verso, and a 2 1/2-inch diagonal crease to the lower left edge of the rear cover, but otherwise in very good condition. ~SP12~ Norman Mailer (1923-2007) was an American novelist, journalist, essayist, playwright, film maker, actor and political candidate. Based on his experiences with the 112th Cavalry Regiment during the Philippines Campaign in World War II, this first novel was published in 1948 while Mailer continued his studies at the University of Paris. A New York Times best seller for 62 weeks, it was hailed by many as one of the best American wartime novels and was adapted into a film of the same name in 1958. In 1998, the Modern Library's editorial board named The Naked and the Dead among the best 100 novels of the twentieth century, and it consistently appears on other such critical lists. Along with the likes of Truman Capote, Hunter S. Thompson and Tom Wolfe, Mailer is considered an innovator of creative nonfiction, a genre sometimes called New Journalism, which superimposes the style and devices of literary fiction onto fact-based journalism. For his work, he won two Pulitzer Prizes and the National Book Award. He was also one of the co-founders of The Village Voice, an arts and politics oriented newspaper out of Greenwich Village, one of the oldest and largest of the American alternative weeklies. Buchnummer des Verkäufers SP12-0941-1522

Titel: The Naked and the Dead (Signed and Inscribed...