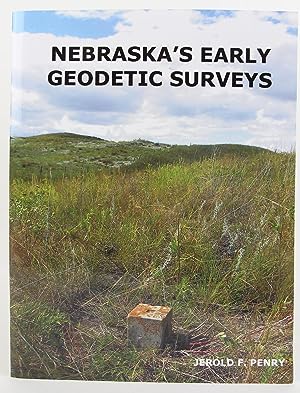 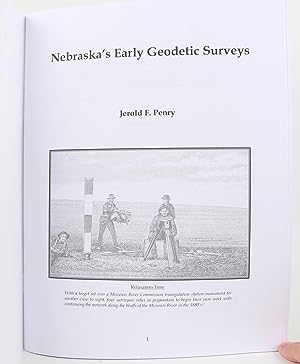 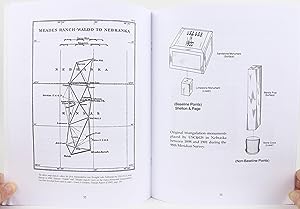 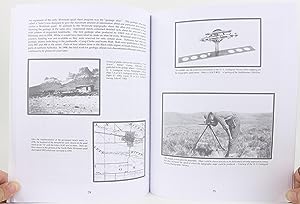 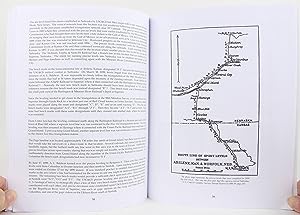 B01L4217ZY 2012 second edition, Blue Mound Press (Milford, Nebraska), 8 1/2 x 11 1/8 inches tall stapled paperbound in color pictorial covers, copiously illustrated with black-and-white photographs, 64 pp. Bumping to lower tips of book, with resultant creasing to lower tips of pages throughout. Otherwise, a very good copy - clean, bright and unmarked - of this scarce history of geodetic surveys and their markers in Nebraska. OCLC (No. 857743513) locates only one copy of this work at institutions worldwide, at the Library of Congress in Washington. [d4] ~E~ Nebraska has a rich history of geodetic surveying by various government agencies. There are stone monuments, cast iron caps, marble posts, copper bolts, buried jugs or crocks, rivets, brass disks and a variety of other monuments that were placed to mark precise locations upon the earth. Each was established as an important point of reference that not only stood alone, but was also part of a much greater reference system that stretched across the nation. Whether it be an astronomical station, triangulation station, bench mark, magnetic station or other monument, each was placed for a specific purpose. The work of the three main government agencies which established the early permanent geodetic monuments in Nebraska are detailed - the Missouri River Commission, virtually unknown to most surveyors, whose early work made it possible for other agencies to establish or verify their own monuments; the United States Geological Survey (USGS); and the United States Coast and Geodetic Survey (USC&GS). Contents: Foreword; Missouri River Commission; USGS; USC&GS; State Surveys of the Great Depression; Magnetic Surveys; Nebraska Geodetic 'Firsts'; Photo Section; Notes. Buchnummer des Verkäufers E-0861-6369