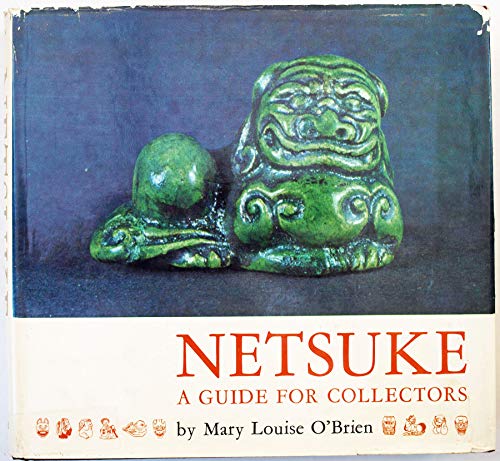 Netsuke: A Guide for Collectors

Titel: Netsuke: A Guide for Collectors

Among the growing number of books dealing with the fascinating miniature sculptures of Japan known as netsuke, none so far has treated the subject specifically from the viewpoint of the amateur collector. It is the purpose of the present volume to answer the need for such a guide. The book fulfills this purpose by organizing for the first time in easy reference form the assorted bits and pieces of information included in earlier books about netsuke. At the same time it approaches the subject from the point of view of the amateur collector rather than that of an owner discussing his own accomplished collection. Ever since Japan's emergence a little over a century ago from her long period of seclusion under Tokugawa rule, netsuke have exerted an
almost irresistible attraction for Western collectors. These tiny carvings-exquisite in detail, charming in conception, and delightful for the
sheer tactual pleasure to be experienced in handling them-captivated admirers of Japanese art and craftsmanship. Basically, netsuke were utilitarian in purpose, for they were designed to serve as pendants or toggles to support medi-
cine boxes, writing cases, smoking equipment, and similar articles worn suspended by a cord from the obi-a practical device since the kimono had no pockets. At first quite primitive in design, they soon became more and more sophisticated, and their carvers turned increasingly to the lege ndry of Japan and China for inspiration and subject matter. As J apanese costume became ever more Westernized, however, netsuke went out of fashion and, almost simultaneously, became the object of intensive sea rch by collectors and museums. That the search continues-and that the interest in netsuke is a developing one-is proved not only by remarkable increases in the prices of
genuine netsuke but also by the recent appearance of more and more literature dealing with these charming products of Japanese craftsmanship. The r eader will quickly discover from Mary Louise O'Brien's delightful and competent
handling of the subject ·that she has made an invaluable contribution to this literature.


We accept Mastercard, Visa, personal check or money order. If you are paying by
check send to Rob Briggs at 13016 NE 37th Court, Vancouver, WA 98686. If you
receive book that is not as described you may return it for a full refund. IF YOU
WOULD LIKE TO SEE MORE OF OUR BOOKS PLEASE CLICK ON "SEARCH THIS BOOKSELLERS
INVENTORY."
robthebookman@gmail.com
503-231-4091


Shipping costs are based on books weighing 2.2 LB, or 1 KG. If your book order is heavy or oversized, we may contact you to let you know extra shipping is required. In particular, international shipping of large books may cost extra due to rapidly rising post shipping costs.