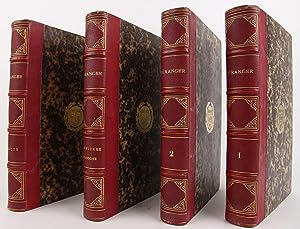 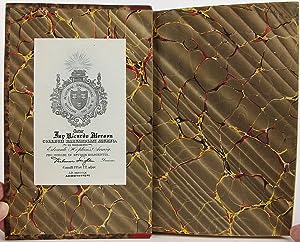 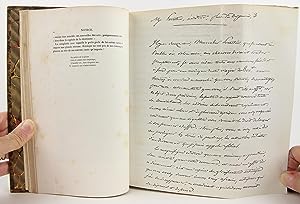 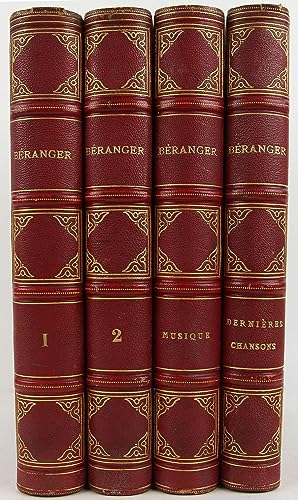 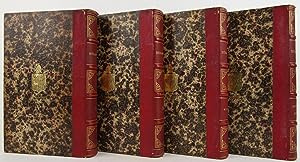 B01M7WVVXS In French. 1851, 1857, 1861 Perrotin (Paris), four matching 6 1/2 x 9 3/8 inches tall hardbound volumes, marbled-paper-covered boards over red leather spines, gilt seals of Harvard University to front and rear covers of all three volumes, four raised bands and gilt designs an lettering to spines, marbled endpapers, 53 full-page steel engravings with tissue guards in volumes 1-2, dozens more full-page steel engravings and music in volume 4, xl, [2], 411, [1]; [6], 401, [1]; iii, 374; [8], 292 pp. A set issued as a student award at Harvard, with the Harvard seal in gilt to the front boards and the Harvard coat of arms in gilt to the rear boards, and an award presentation bookplate to the pastedowns of all four volumes. Slight soiling and moderate rubbing and edgewear to covers. Scattered, mostly light marginal, foxing throughout, with heavier foxing to title pages and a few plates. Otherwise, a very good set - clean and unmarked. Note that this is a heavy and oversized set, so additional postage will be required for international or priority orders. ~TTT~ A collection of the complete works of Pierre-Jean de Beranger (1780 - 1857), a prolific French poet and chansonnier (songwriter) who has been described as 'the most popular French songwriter of all time' and 'the first superstar of French popular music.' Like all chansonniers, he wrote lyrics but did not compose any music; he set the words to a pre-existing melody such as a folk tune. 'Le Roi d'Yvetot,' for example, was sung to the traditional air 'Quand un tendron vient en ces lieux,' while others might be set to well-known melodies by various composers. The songs of Beranger are elaborate, written in a clear and sparkling style, full of wit and incision. It is not so much for any lyrical flow as for the happy turn of phrase that they claim merit. Whether the subject be happy or serious, light or passionate, the medium remains untroubled. The special merits of the songs are merits to be looked for more in English prose than in English verse. He worked deliberately, never writing more than 15 songs a year and often less, and was so fastidious that he threw away a quarter of his output. When he first began to cultivate the chanson, it was a minor and little-regarded form, restricted to slight subjects and a humorous guise of treatment. Beranger raised the standing of the art and imbued it with greater sentiment. Buchnummer des Verkäufers TTT-1061-6674