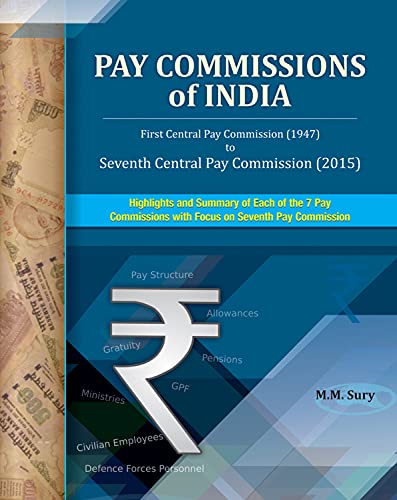 The Government of India constitutes, as a matter of convention, a pay commission after almost every 10 years to review and make recommendations on the wage structure of Central Government civilian and armed forces employees and pensioners. A pay commission, depending on the terms of reference, examines various aspects - such as pay and allowances, retirement and death benefits, conditions of service, promotion policy and such other related matters - of the wage structure of employees and submits its recommendations to the Government. The Government, in turn, takes the final decision as to the implementation of the recommendations, which may be full or partial or amended or modified. The chairman and members of the pay commission are nominated by the Government. A pay commission is not a constitutional body and therefore the Central Government has a lot of leeway about which part of the report to adopt and in what timeframe. Since India's Independence, 7 pay commissions have been set up, from time to time, to review and recommend wage structure for Central Government employees. Usually a pay commission is given 18 months time to submit its report. A pay commission, before recommending the pay structure, analyzes voluminous data relating, inter alia, to the general economic conditions in the country, financial resources of the government, strength of the work force, and pay structure in public sector and private sector undertakings. Clearly, review and determination of the pay structure of Central Government employees and pensioners is a stupendous and complicated task. Reports of pay commissions provide glimpses of the events, challenges and perceptions of labour leaders and policy makers during the post-Independence period. The present work provides highlights and summary of recommendations of each of the 7 pay commissions which have reported so far. The work is divided into two parts. Part I deals with the Reports of First to Sixth Pay Commission. Part II is exclusively devoted to the Report of the Seventh Central Pay Commission which was submitted to the Government on November 19, 2015. [Subject:?South Asian Studies, Economics, Politics]

A one stop shop for books from India. We can supply any title published in India by any publisher. We have an extensive annotated catalogue of books on the web. We have been supplying books from India to University Libraries, Art Museums, Botanical Gardens world wide for the past thirty years.


We check every book for page mistake before they are shipped out. We take a lot of pain in our packing so that the books reach their destination in mint condition.


Shipping costs includes insurance. Books lost in transit will be replaced immediately. Shipping costs are based on books weighing 2.2 LB, or 1 KG. If your book order is heavy or oversized, we may contact you to let you know if extra shipping is required.