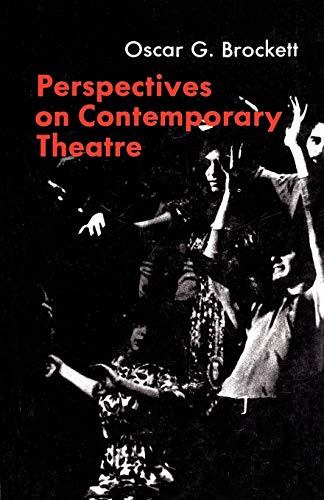 Language: English. Brand new Book. Contemporary theatre is nearly as controversial as the changing society it reflects. Much of its journalistic notoriety derives from its seeming advocacy of behavior, language, and ideas once considered unsuitable for public performance.In this overview, a noted authority takes a perceptive look at the radical trends in modern drama and provides us with a new awareness of the forces and ideas behind the current theatrical battle.Professor Brockett demonstrates that many of the puzzling aspects of contemporary theatre- such as obscenity, nudity, and propaganda- are rooted in the traditions of Western stage and society. He traces the sifts in values over the past century and shows how these changes have affected modern drama.This uncertainty about values, says the author, has been accompanied by new conceptions of structural unity in theatre. He points out the various structural innovations in drama from Aristotle through wide range of playwrights, including Sophocles, Ionesco, Ibsen, Brecht, Artaud, Beckett, and Jean-Claude van Itallie, and discusses the relationship of "relevance" to "universality." He examines the most recent theatrical shift- from detachment to commitment- and compares the plays of the anxious 1950s, such as Beckett's Waiting for Godot, with today's committed theatre, including such productions as Chicago 70, Hair, and Che!Perspectives on Contemporary Theatre is a thoughtful guide for the reader who seeks a better understanding of the radical changes in the nature and function of dramatic art. Buchnummer des Verkäufers LIE9780807124208

Oscar G. Brockett is the Z. T. Scott Family Chair Emeritus in Drama at the Department of Theatre and Dance of The University of Texas at Austin.