Verwandte Artikel zu The Petals of a Kansas Sunflower: A Mennonite Diaspora 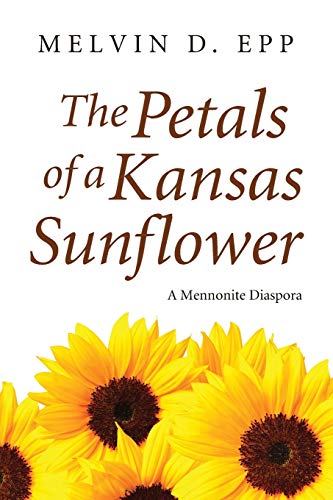 The Petals of a Kansas Sunflower: A Mennonite Diaspora

Titel: The Petals of a Kansas Sunflower: A ...

Synopsis: Rather than pledging allegiance to the military effort as dictated by Prussian law in 1867, many devout Anabaptists deemed it prudent to become pioneers in Kansas. The year was 1876 and odd numbered sections of railroad land were being marketed by the Santa Fe across Kansas. Towns developed around train depots; local shopping became available. Marie Harder Epp was born in America to these relocated Anabaptists. She was a Kansas Mennonite farmer and also the village poet. Her poems, written for oral delivery, tell the story of life in Holland and West Prussia following the Reformation, the relocation to Kansas, and the creation of a church community on the tall grass prairies. A church was organized to focus these hard-working Germans on divine realities as they buried their dead, married their young, and dealt with the harsh prairie winds. Marie's poems also describe the changeover from buggies to cars, from German to English, and from isolation to global outreach. With time, the Anabaptists learned through cultural adaptation that they could be both staunch Mennonites and also patriotic Americans. Endorsements: "Epp weaves a fascinating montage of stories, photos, and personal reminiscences that frame the collected poems of his mother, a remarkable and strong woman who, as a farm wife on the Kansas prairies, reared eight children and still found time to reflect on the rugged beauty and the people who surrounded her. Her poetry gives 'a face and a heart' to the times, the community, and the land both she and Melvin loved so evidently." --John Yoder, Visiting Professor of Education and Leadership, Eastern Mennonite University "Marie Harder Epp experienced almost all of the twentieth century from the same Kansas farmhouse where she was born. Her amazing bilingual poetry harnesses a strong, sturdy prairie voice that transports the reader into a female realm of family, farming, weddings, births, and funerals that marked the meaning of her days and of ours. Melvin Epp has translated and wrapped her poems in the context and relationships that illuminated her words and her rural world." --Mark Jantzen, Professor of History, Bethel College Author Biography: Melvin D. Epp is a retired research scientist and has returned to his roots in Kansas. His is the author of the article "The Heritage of a Garden: Replicating a West Prussian Garden among the Tall Grasses of Kansas," which was published in Mennonite Life (2008).


Orders usually ship within 2 business days. Shipping costs are based on books
weighing 2.2 LB, or 1 KG. If your book order is heavy or oversized, we may
contact you to let you know extra shipping is required.