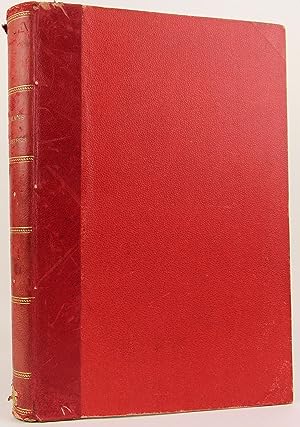 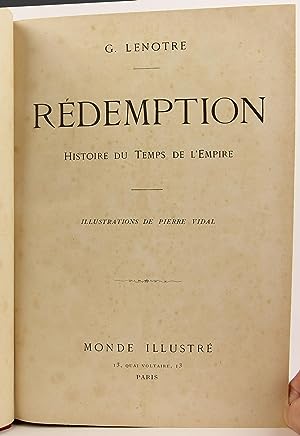 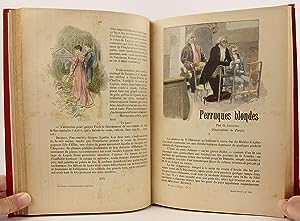 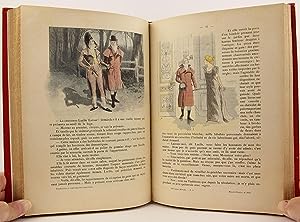 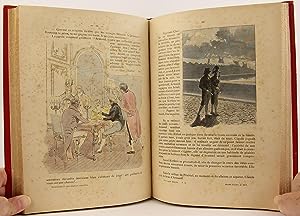 B01E2JTPW8 In French. No date, but bibliographies indicate 1894, Monde Illustre (Paris), 8 1/8 x 11 1/2 inches tall red hardbound, pebbled leather boards over grain leather spine, gilt lettering and ruling to spine, mostly color engraved illustrations throughout, 156, 160, 96 pp. Moderate rubbing and edgewear to covers, with slight tearing to the leather at the top spine cap. Neat contemporary prior owner name to blank front free-endpaper. Light to moderate mostly marginal foxing throughout, a bit heavier at the front of the volume. A few pages with light to moderate soiling. Otherwise, a good to very good copy of this scarce work. Note that this is a heavy and oversized book, so additional postage will be required for international or priority orders. ~SP18~ From Le Monde Illustre (The Illustrated World), a leading illustrated newsmagazine in France which was published from 1857-1940 and again from 1945-1956. It was in many ways similar to its contemporary English-language newsmagazine, the Illustrated London News. Many of the highly realistic prints published in the medium of wood-engraving were actually made from photographs, at a time when photographic reproduction in print was not technically feasible until the late nineteenth century. Louis Leon Theodore Gosselin (1855 - 1935) was a French historian and playwright who wrote under the pen name G. Lenotre. He wrote articles in publications such as Le Figaro, Revue des deux mondes, Le Monde Illustre and Le Temps. He also produced numerous works dealing with the French Revolution, especially the Reign of Terror, constructed from his research into primary documents of the era. His work was recognized and admired by his contemporaries. Buchnummer des Verkäufers SP18-0461-5710