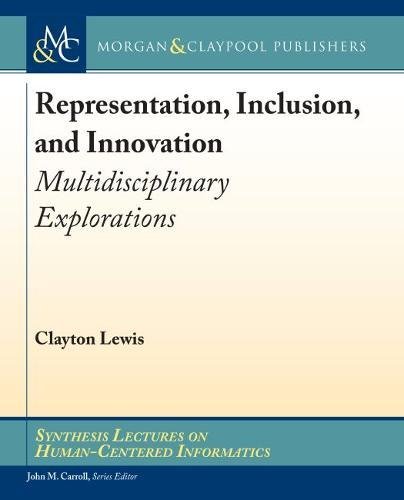 Language: English. Brand new Book. A representation is a thing that can be interpreted as providing information about something: a map, or a graph, for example. This book is about the expanding world of computational representations, representations that use the power of computation to provide information in new forms, and in new ways. Unlike printed maps or graphs, computational representations can be dynamic, and even interactive, so that what is represented, and how, can be shaped by user actions. Exploring these new possibilities can be guided by an emerging theory of representation, that clarifies what characteristics representations must have to express the meaning being represented, and to enable users to discern that meaning easily and accurately. The theory also shows the way to inclusive design, for example using sounds to represent information commonly presented visually, so that people who cannot see can understand what is being presented. Because representations must be shaped by the abilities of their users, and by the nature of the meanings they convey, creating them requires perspectives from multiple disciplines, including psychology, as well as computer science, and the sciences appropriate to the content being expressed. The book presents a series of explorations of this large and complicated space, as invitations to further study, and to innovation. Buchnummer des Verkäufers TNP9781681732503