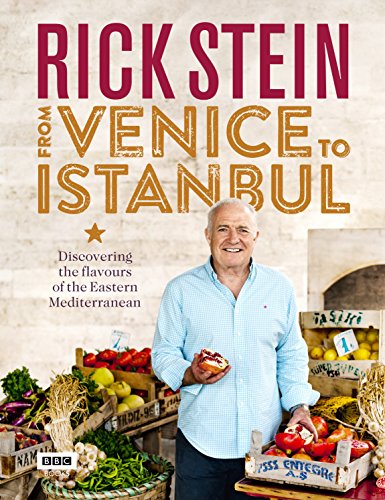 Rick Stein: From Venice to Istanbul: Discovering the Flavours of the Eastern Mediterranean

From the mythical heart of Greece to the fruits of the Black Sea coast; from Croatian and Albanian flavours to the spices and aromas of Turkey and beyond - the cuisine of the Eastern Mediterranean is a vibrant melting pot brimming with character. Accompanying the major BBC Two series, Rick Stein: From Venice to Istanbul includes over 100 spectacular recipes discovered by Rick during his travels in the region. The ultimate mezze spread of baba ghanoush, pide bread and keftedes., Mouthwatering garlic shrimps with soft polenta. Heavenly Dalmatian fresh fig tart. Packed with stunning photography of the food and locations, and filled with Rick's passion for fresh produce and authentic cooking, this is a stunning collection of inspiring recipes to evoke the magic of the Eastern Mediterranean at home.

Rick Stein's passion for using good-quality local produce and his talent for creating delicious recipes in his books and restaurants have won him a host of awards, accolades and fans. As well as presenting a number of television series, he has published many best-selling cookery books, including French Odyssey, Coast to Coast, Far Eastern Odyssey, Rick Stein's Long Weekends and Rick Stein’s India.

Rick has always believed in showcasing local seafood and farm produce in his four restaurants in Padstow, Cornwall, where he also has a cookery school, food shops and a pub in the nearby village of St Merryn. In 2018 Rick was awarded an CBE for services to the economy. He divides his time between Padstow, London and Australia, where he also has two seafood restaurants by the sea in Mollymook, and Port Stephens NSW.


We guarantee the condition of every book as it's described on the Abebooks web sites. If you're dissatisfied with your purchase (Incorrect Book/Not as Described/Damaged) or if the order hasn't arrived, you're eligible for a refund within 30 days of the estimated delivery date. If you¿ve changed your mind about a book that you¿ve ordered, please use the [Ask bookseller a question] link to contact us and we'll respond within 2 business days.