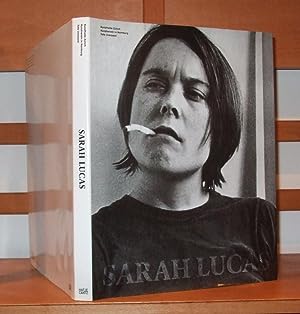 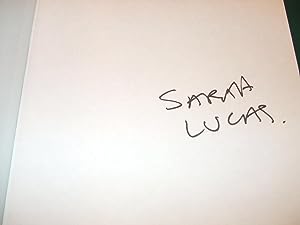 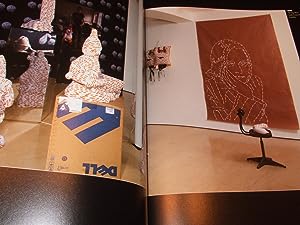 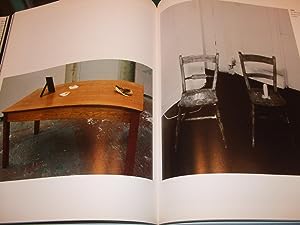 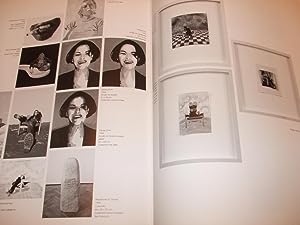 GOD IS DAD. That was the title of Sarah Lucas's last show in New York, in which the pun-prone artist assembled an array of sculptures constructed from cast concrete forms, tacky beige nylon stockings and random metal objects. These typically abject art pieces fit right into the body of work Lucas has been building since the early 1990s from apparently banal, everyday materials. Old, worn furniture, clothing, food, newspapers, cigarettes, cars, resin, plaster, neon lamps and light fixtures combine to form grungy assemblages whose appearance belies the serious and complex subject matter they address. Through the slyly anthropomorphic character of her sculptures, Lucas makes constant reference to the human body, questioning gender definitions and challenging male-dominated culture, especially that espoused by the sensationalist British press. She subverts sexual stereotypes in her appropriations of the tabloid vernacular and by making unexpected juxtapositions of objects, often employing visual wit and a defiant, bawdy humor. Her most iconic work, "Two Fried Eggs and a Kebab," which was included in the landmark Sensation exhibition in 1999, bears this out with a nasty wink: The title, which precisely describes the materials from which the piece was made, is slang for, well... just look it up. This extensive, large-format catalogue comprehensively tracks the career of one of the leading figures in an outstanding generation of British artists. Lucas, who first came to attention as a YBA (Young British Artist) in the 1990s, is here granted her first major exhibition survey. Included in this accompanying publication is documentation of key works, plus new work made especially for the Tate Liverpool. It is the most comprehensive publication on the artist to date.


Should any book not fulfill its description, please contact us, a full refund will be offered if the book is returned within 14 days of purchase, and in the condition in which it was sent.