Verwandte Artikel zu The Searchers: The Making of an American Legend 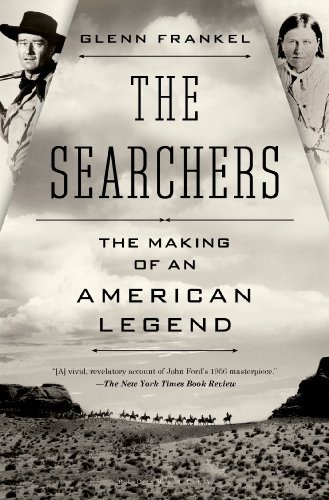 The Searchers: The Making of an American Legend

Titel: The Searchers: The Making of an American ...

A gracefully presented narrative. A thoroughly researched, clearly written account of an obsessive search through the tangled borderland of fact and fiction, legend and myth (Kirkus Reviews (starred review))

It was around this time that Leslie Fiedler published a slim volume making the case that 'Uncle Tom's Cabin,' 'The Birth of a Nation,' 'Gone With The Wind' and 'Roots' could be read as a single, multi-media 'inadvertent epic' - a story about slavery, race and family that America gave to itself. As framed and enriched by Frankel, 'The Searchers' is another such epic; recounting the making of what he calls 'an American legend,' he has retold it well.a vivid, revelatory account of John Ford's 1956 masterpiece. (J. Hoberman The New York Times Book Review)

A must-read for film students, making-of fans, and students of American history. (Booklist)

A must-read for movie fans and anyone interested in mythmaking and the American West. Frankel's excellent research and analysis and his fine writing raise the bar for the 'making of' film book. His narrative details the life of a modern legend-in this case, a historical event that sparked a novel that led to a film, each step revealing a different aspect of how we tell our stories and why. (Douglass K. Daniel Associated Press)

Absorbing. a riveting account of the war for the American West. Frankel's superb book gives a fascinating historical and anecdotal account of how 'The Searchers' became a John Ford movie. (Saint Louis Post-Dispatch)

After meticulous research, Frankel restores a sense of history and balance to Parker's story. It's a nuanced, ambiguous portrayal of heroes and hypocrites, compassionate and sadistic warriors. (USA Today)