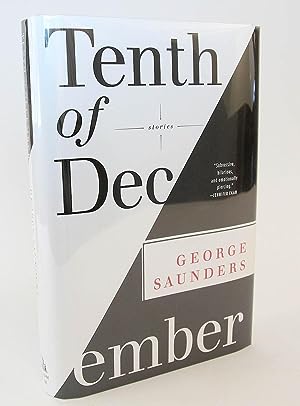 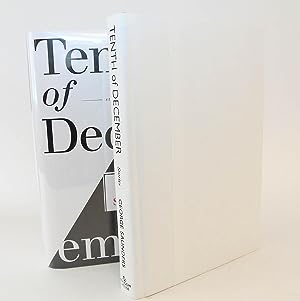 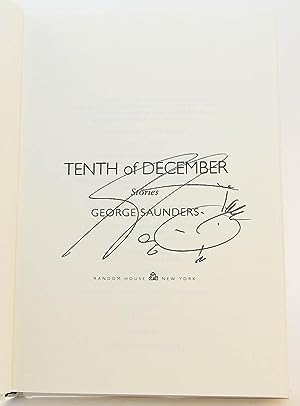 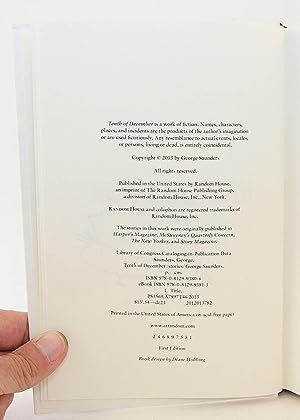 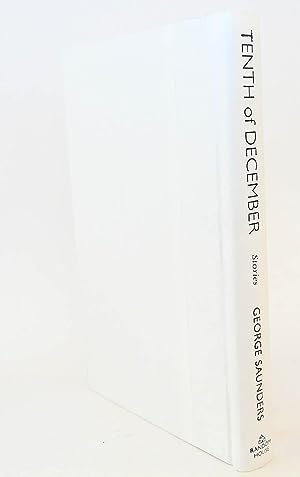 0812993802 2013 signed first edition, first printing Random House (NY) 5 7/8 x 8 1/2 inches tall hardbound, white paper-covered boards, in publisher's unclipped dust jacket (preserved in a clear archival sleeve). A near fine copy in a like dust jacket. Signed by the author in his characteristic 'cartoon' style on the title page. A true Random House first, with a complete number line on the copyright page (2 4 6 8 9 7 5 3 1). A handsome and highly collectible copy of this acclaimed collection. ~TTT~ A national book award finalist. Named one of the best books of 2013 by the New York Times Book Review, People, NPR, New York Magazine, BuzzFeed, Kirkus Reviews and many others. 'A visceral and moving act of storytelling . . . No one writes more powerfully than George Saunders about the lost, the unlucky, the disenfranchised.' - Michiko Kakutani, The New York Times. Buchnummer des Verkäufers TTT-0541-729

"A feat of inventiveness . . . This eclectic collection never ceases to delight with its at times absurd, surreal, and darkly humorous look at very serious subjects. . . . George Saunders makes you feel as though you are reading fiction for the first time."--Khaled Hosseini, author of The Kite Runner "The best short-story writer in English--not 'one of, ' not 'arguably, ' but the Best."--Mary Karr, Time "A visceral and moving act of storytelling . . . No one writes more powerfully than George Saunders about the lost, the unlucky, the disenfranchised."--Michiko Kakutani, The New York Times "Saunders's startling, dreamlike stories leave you feeling newly awakened to the world."--People "It's no exaggeration to say that short story master George Saunders helped change the trajectory of American fiction."--The Wall Street Journal "An irresistible mix of humor and humanity . . . that will make you beam with unmitigated glee. [Grade: ] A"--Entertainment Weekly "Saunders captures the fragmented rhythms, disjointed sensory input, and wildly absurd realities of the twenty-first century experience like no other writer."--The Boston Globe "Tenth of December shows George Saunders at his most subversive, hilarious, and emotionally piercing. Few writers can encompass that range of adjectives, but Saunders is a true original--restlessly inventive, yet deeply humane."--Jennifer Egan, Pulitzer Prize-winning author of A Visit from the Goon Squad "George Saunders is a complete original, unlike anyone else, thank god--and yet still he manages to be the rightful heir to three other complete American originals--Barthelme (the lyricism, the playfulness), Vonnegut (the outrage, the wit, the scope), and Twain (the common sense, the exasperation). There is no author I recommend to people more often--for ten years I've urged George Saunders onto everyone and everyone. You want funny? Saunders is your man. You want emotional heft? Saunders again. You want stories that are actually about something--stories that again and again get to the meat of matters of life and death and justice and country? Saunders. There is no one better, no one more essential to our national sense of self and sanity."--Dave Eggers, author of A Hologram for the King