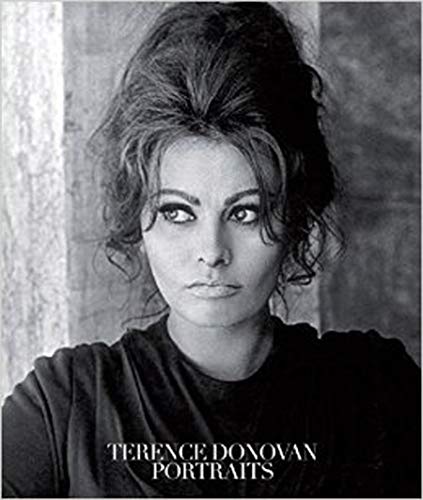 From Twiggy in the Swinging Sixties to Princess Diana in the 1980s: three decades of legendary British fashion photographer Terence Donovan This is the first book dedicated to the portraiture of legendary photographer Terence Donovan, a genre that spanned the entirety of his four-decade career. During this time he worked for major British and international magazines including Vogue, Marie Claire, Harper's Bazaar and Elle. Donovan undertook numerous private portrait commissions, photographing public figures from the worlds of the arts, politics and business, in addition to members of the British Royal family; his many sitters include Yasser Arafat, Naomi Campbell, Sean Connery, Diana Princess of Wales, Laurence Olivier and Charlotte Rampling. Along with his iconic portraits, this book features unseen work from Donovan's archive, never previously published or exhibited. It also reproduces magazine spreads, contact sheets and pages from diaries and daybooks--rare ephemera that provide a unique insight into Donovan's working practice. Terence Daniel Donovan (1936-96) was born in the East End of London and took his first photo at the age of 15. The bomb-damaged industrial landscape of his hometown became the backdrop of much of his fashion photography, and he set the trend for positioning fashion models in stark and gritty urban environments. Along with David Bailey and Brian Duffy, he captured, and in many ways helped create, the Swinging London of the 1960s. Donovan's passion for photography remained constant throughout his long career. In 1963 he told a young Jean Shrimpton that 'photography fascinates me. Instant fascination every time. When the fascination leaves me, I'll give it up.' As it never did, neither did he. Buchnummer des Verkäufers 207087

The pages of "Terence Donovan: Portraits" cross industry and personality, much like the photographer himself, described by his wife as "enormously dynamic. Hugely amusing. Lovely to be with."--Jamie K White "CNN Style " Donovan's acute eye, great instincts and improvisational impulses are all on abundant display.--Kirk Silsbee "Arts Meme "