Verwandte Artikel zu A Treatise of the Consecration of the Sonne of God...

Home Jackson, Thomas A Treatise of the Consecration of the Sonne of God to His ... 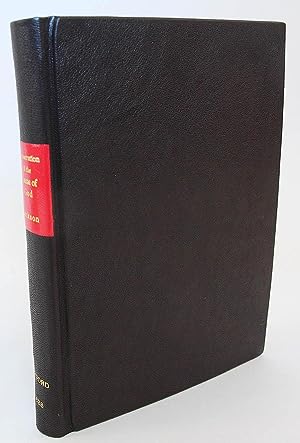 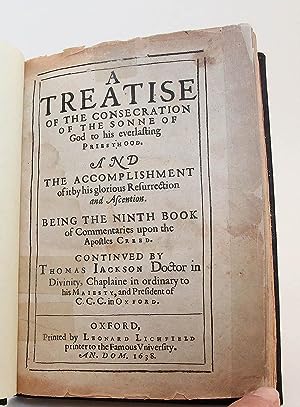 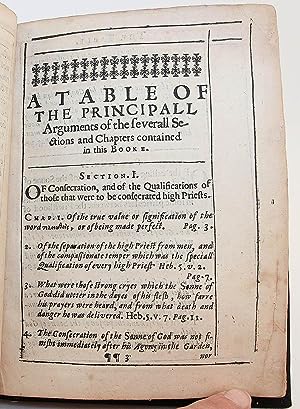 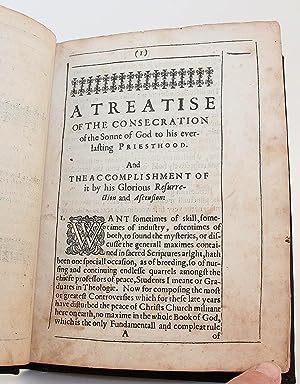 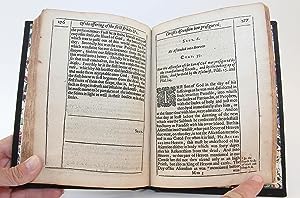 A Treatise of the Consecration of the Sonne of God to His Everlasting Priesthood. And the Accomplishment of It By His Glorious Resurrection and Ascention. Being the Ninth Book of Commentaries Upon the Apostles Creed.

B00KRE23O0 1638 first edition Leonard Lichfield (Oxford, England), 5 7/8 x 7 3/4 inches tall black full leather bound, gilt lettering to spine, marbled endpapers, woodcut headpiece and initials, [24], 355 pp., complete. Recently rebound, with paper repairs to title page and a number of other pages. Chipping, staining and light soiling to edges of title page. Creasing and soiling to several pages, and mild to moderate foxing throughout. Marginal contemporaneous notations and underlining to several pages and extensive contemporaneous notations (including an index to scriptural citations) filling rear endpapers. Otherwise, a very good copy, with a splendid shelf appearance. Scarce. References: STC (2nd ed.), 14317; ESTC No. S107491. ~TTT~ Thomas Jackson (1579-1640) was an English theologian, and served as president of Corpus Christi College, Oxford for the last decade of his life. Originally a Calvinist, he became in later life an Arminian. This was the last of his works published during his lifetime, the ninth of what he planned as twelve books examining the Apostle's Creed. In theology, Jackson was considered a syncretic Platonist. He took an interest in the Epicurean view of free will, but argued for a middle way accommodating the Stoic criticism of the Epicureans. His humanistic Platonism has been compared to that of Robert Burton (1577-1640), author of The Anatomy of Melancholy. Puritan polemicist William Prynne (1600-1669), arguing against William Laud's promotion of Jackson, claimed Jackson's learning only made him more dangerous. Buchnummer des Verkäufers TTT-0641-773

Titel: A Treatise of the Consecration of the Sonne ...