Verwandte Artikel zu Visual Voices: Between Mountains and Me 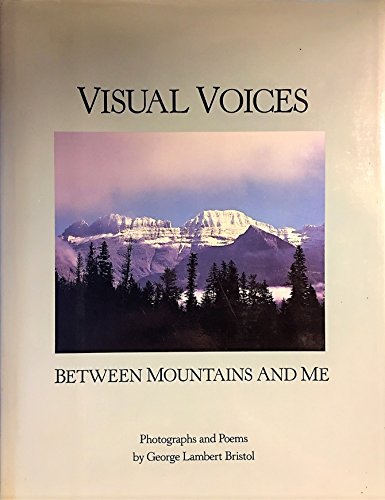 Visual Voices: Between Mountains and Me

First edition. Signed bookplate, number 216, on fep. [6], 90 pages. Color illustrations. DJ has slight wear, soiling, and small scratches. Signed by author. Preface by U.S. Senator Lloyd M. Bentsen. From an on-line posting about the author: "George L. Bristol Cornelius Amory Pugsley Local Medal Award, 2009 George L. Bristol has had an active career in business, fundraising, and politics, yet he found time to devote to conservation, which stemmed from a life-long love affair with national, state, and local parks. Bristol was born in 1941 in Denton, Texas. His father died in 1946, and George's mother was a school teacher and librarian.When the family arrived in Austin, Bristol was 12 years old. He spent his teenage years in that city and has lived there most of his life.As a student, Bristol was active in the UT Young Democrats organization. The interest in politics was influenced by his parents. His father and uncle worked on NYA and WPA projects in the 1930s. After his father died, the monthly survivor benefit check the family received from the government was key to their financial survival. Thus, he personally experienced the value of the "safety net" established by the Roosevelt Administration in the 1930s and 1940s.In 1961, Congressman Jim Wright ran for the U.S. Senate.Wright failed to win the Senate seat vacated by Lyndon Johnson, but recommended Bristol to Stuart Udall who was Secretary of Interior. As a result, Bristol secured a summer job at Glacier National Park in the summers of 1961 and 1962. Bristol later stated, "This was the real beginning of my great outdoor experience. More important, it was a life-defining experience. 1 thought Glacier was the most beautiful place on Earth. I still do." In 1962, again at Wright's recommendation, Bristol worked for the re-election of his local Democratic congressman, Homer Thornberry. In early 1962, .Thornberry was re-elected. He asked Bristol to go to Washington, D.C. and join his office staff for the new session in January 1963. Bristol held this job from 1963 through 1964, first with Thornberry and then Jake Pickle.In 1968, Bristol returned to Washington to work on President Johnson's re-election campaign. When Johnson withdrew from the race, he signed on with Vice President Hubert Humphrey, and at the age of 28 was appointed Southern Coordinator, responsible for all of Humphrey s convention and campaign activities south of the Mason-Dixon Line. Humphrey lost to Nixon, but Humphrey asked Bristol to remain in that position for the party. Then Bob Strauss from Texas was recruited to be the DNC treasurer and subsequently its chair. Bristol worked with Strauss and played a central role in rebuilding the Democratic Party.In 1973, Bristol returned to Texas and worked for a corporation in Dallas. At the same time, he periodically returned to Washington to assist on specific projects. In late 1973, Bristol was approached by Senator Lloyd Bentsen to take responsibility for his political affairs in Texas. Bentsen had a sizeable staff, and the job required Bristol to move back to Austin. When Bentsen ran for president in 1976, Bristol was financial director of his campaign as well as campaign director for the senator's 1976 Senate re-election bid. Following 1976, Bristol established his own public relations firm. For the next 20 years, Bristol had a central role in all Bentsen's campaigns and in his Texas fundraising. He was also involved in other high-profile public projects, such as the visit to Houston of Deng Xiaoping in 1979, raising funds for the restoration of the Texas Capitol Building, and co-producing an ABC two-hour special saluting Texas in its Sesquicentennial in 1986.Since his early experiences at Glacier National Park, there had been little opportunity to be personally involved in park or conservation issues, but he regularly took his family to vacation at Glacier. This exposure to the park nurtured his interest in photography and poetry as creative outlets. He has recei. Bestandsnummer des Verkäufers 67702

Titel: Visual Voices: Between Mountains and Me