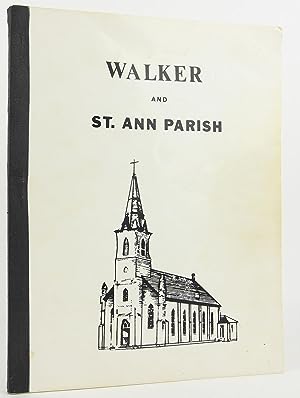 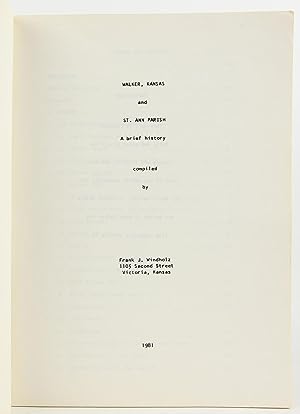 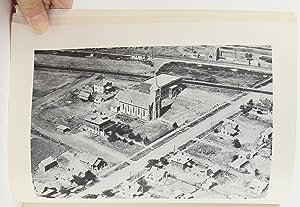 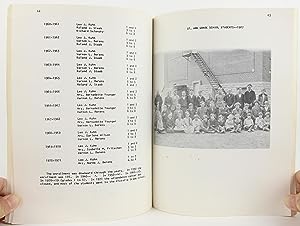 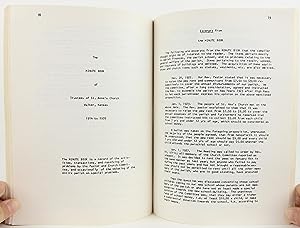 B01LZOOA2U 1981 first edition, F.J. Windholz (Victoria, Kansas), 8 1/2 x 10 7/8 inches tall stapled paperbound in white covers with black cloth spine, iv, 147 pp. Moderate soiling and mild rubbing and edgewear to covers. Slight creasing to tips. Otherwise, a very good copy - clean, bright and unmarked - of this scarce local history. OCLC (No. 11330795) locates only six copies at institutions worldwide, five in Kansas and one at the American Historical Society of Germans From Russia in Lincoln, Nebraska. ~N~ A history of Walker, an unincorporated community in Herzog Township, Ellis County, Kansas, its surrounding area, and of St. Ann Parish in Walker. St. Ann's is a Catholic parish consisting mostly of Volga Germans stemming from the Saratov area in Russia and of Low Germans. Settlers from Ohio founded Walker in 1872. They likely named the settlement for Robert J. Walker, the 4th Territorial Governor of Kansas. From 1876 to 1878, they were joined by Volga German immigrants and Plattdeutsch-speaking Germans from Ohio and Kentucky who settled in the area. The first post office in Walker opened in 1873, closed temporarily in 1876, and then reopened in 1878. St. Ann's Church was built and dedicated in 1905. The community's first school was built in 1893, followed by a second building in 1925. Buchnummer des Verkäufers N-1061-6559