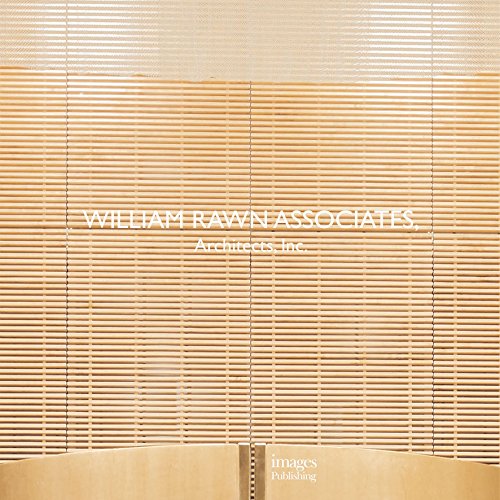 A monograph on the architects of some of the most prominent civic and public structures throughout America William Rawn Associates have received copious design recognition, evident from their nine National Honor Awards from the national American Institute of Architects Formed in Boston in 1983, William Rawn & Associates have completed a large number of projects ranging from complex urban buildings to college campuses, from performing arts facilities to affordable housing. Best known is the 1,200-seat Seiji Ozawa Hall for the Boston Symphony Orchestra at Tanglewood, recently ranked in terms of acoustics as the 4th Best Concert Hall in the World and the 2nd Best Concert Hall in the United States built in the last 50 years (Leo Beranek, Concert Halls and Opera Houses). William Rawn Associates is committed to buildings participating in the civic or public realm - buildings in the city or buildings in important public landscape settings, such as Tanglewood. They believe that successful architecture, through the active engagement of its civic context, fosters the values of diversity, meritocracy, and participation that are fundamental to the American democratic experience. Some of their major projects include: the Center for Theater and Dance at Williams College, the Studzinski Recital Hall at Bowdoin College, Alice Paul and David Kemp Residence Halls at Swarthmore College, Pritzker Science Center at Milton Academy, Temple Beth and Bason Chapel, Resorts of Carneros Inn in the tranquil spa residing in the beautiful Napa Valley, New multi-use residence hall for Berklee College of Music, New home for performing arts, health and wellness at The Winsor School, Fine and Performing Arts Center at Pittsburg State, Public libraries - Cambridge Public Library, Mattapan Branch, Boston Public Library, The Cedar Rapids Federal Courthouse and W Boston Hotel. In 2009, William Rawn Associates was ranked first on ARCHITECT Magazine's list of the nation's Top 50 architecture firms and, in 2011, the firm was ranked third. In the past twenty years, they have won over 150 national, regional, city and state AIA Awards and other design awards. Their projects have been featured in TIME, Newsweek, The New York Times, and major national and international design publications. The firm has received two Harleston Parker Medals from the Boston Society of Architects for 'the Most Beautiful Building in Boston' for the College of Computer and Information Science at Northeastern (2005) and the new Cambridge Public Library (2010).