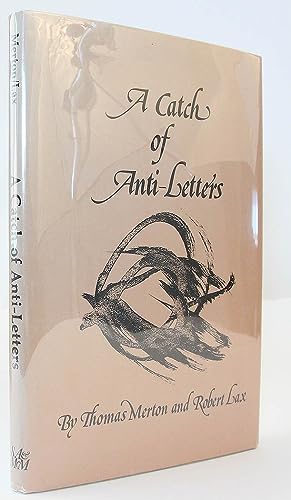 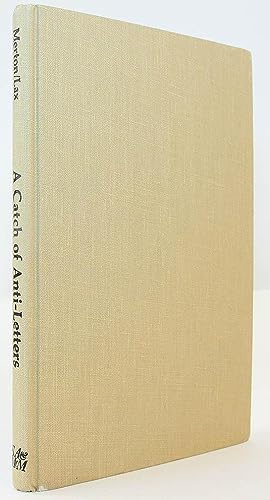 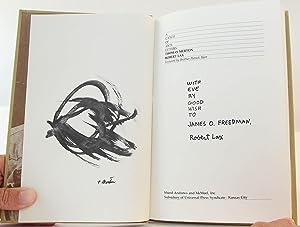 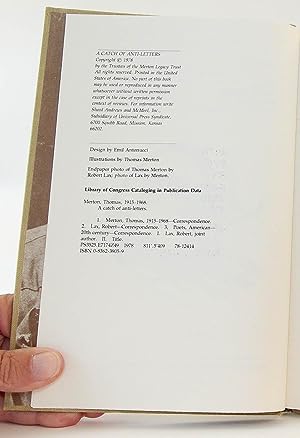 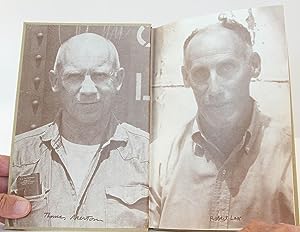 0836239059 1978 signed and inscribed first edition Sheed, Andrews and McMeel, Inc. (Kansas City, Missouri), 6 1/8 x 9 1/4 inches tall green cloth hardbound in publisher's unclipped dust jacket, viii, 128 pp. Very slight bumping to tips of covers. Extremely faint impression at top of half title page from paper clip. Signed by author Robert Lax on the title page, with inscription to James O. Freedman (1935-2006), the former president of the University of Iowa and Dartmouth College. Otherwise, a near fine copy in a very good dust jacket, nicely preserved in a clear archival sleeve. Lax (1915-2000) was an American poet, known in particular for his association with the co-author of this collection, famed twentieth century Trappist monk and writer Thomas Merton (1915-1968). Lax's most famous book, Circus of the Sun (1959), a meditation on creation, was heralded by The New York Times as 'perhaps the greatest English language poem of this century.' Because of the simplicity of his later work, he has been called one of the patron saints of literary minimalism; some of his poems can go on for several pages using no more than four words and a punctuation mark. Signed books from Lax are scarce, particularly works as late as this, as he lived as something of a hermit on the Greek island of Patmos for most of the last 35 years of his life. ~ZZZ~. Buchnummer des Verkäufers ZZZ-0741-1118

Titel: A catch of anti-letters