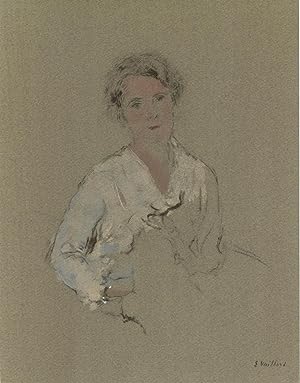 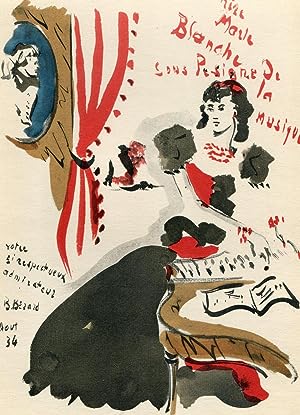 Monaco (1965) 4to. A lavishly produced memorial tribute to the Comtesse de Polignac, who for many years was at the center of the artistic and social life of Paris. She was the daughter of the couturier, Jeanne Lanvin and belonged just as much to the music world as she did to the fashion world. Janet Flanner commented, "She had a voice like a well-trained lark." Salvador DalÌ wrote in My Secret Life, "In spring it was very pleasant at Comtesse Marie-Blanche de Polignac's, where from the garden one listened to string quartets played in the interior, all aflame with candles and the Renoir paintings." This collection consists of tributes by an array of her friends and colleagues, including Lady Diana Cooper, Colette, Louise de Vilmorin, Jean Cocteau, Marcel Achard, Boris Kochno, Emilio Terry, Roderick Cameron and many others. Illustrations by BÈrard, Jean Hugo, Picasso, Stravinsky and others. Numerous facsimiles and photographs laid into the text. Very good in chemise and clamshell box, some offsetting to box and small stain. Copy LXIII printed for Robert Veyron-Lacroix (one of 153 special copies). Bestandsnummer des Verk‰ufers 2080


Payment by check or money order in US dollars, VISA/Mastercard. Any item
returnable within 7 days for any reason. Books shipped by USPS priority unless
otherwise specified. Books are never insured unless you specifically request.


Orders usually ship within 2 business days. Shipping costs are based on books weighing 2.2 LB, or 1 KG. If your book order is heavy or oversized, we may contact you to let you know extra shipping is required. If you wish insurance for any shipment, please contact- overseas customers bear the risk of un-insured purchases.