Verwandte Artikel zu Outside Looking In: A Novel

Boyle, T. C. Outside Looking In: A Novel

Outside Looking In: A Novel 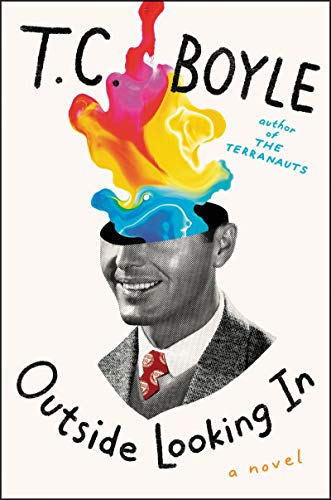 Outside Looking In : A Novel

Buchbeschreibung Zustand: New. &Uumlber den AutorT.C. Boyle is an American novelist and short-story writer. Since the mid-1970s, he has published eighteen novels and twelve collections of short stories. He won the PEN/Faulkner Award in 1988 for hi. Bestandsnummer des Verkäufers 288918522

Outside Looking in (Paperback)

Buchbeschreibung Paperback. Zustand: New. Reprint. Language: English. Brand new Book. A provocative new novel from bestselling author T.C. Boyle exploring the first scientific and recreational forays into LSD and its mind-altering possibilities In this stirring and insightful novel, T.C. Boyle takes us back to the 1960s and to the early days of a drug whose effects have reverberated widely throughout our culture: LSD. In 1943, LSD is synthesized in Basel. Two decades later, a coterie of grad students at Harvard are gradually drawn into the inner circle of renowned psychologist and psychedelic drug enthusiast Timothy Leary. Fitzhugh Loney, a psychology Ph.D. student and his wife, Joanie, become entranced by the drug's possibilities such that their "research" becomes less a matter of clinical trials and academic papers and instead turns into a free-wheeling exploration of mind expansion, group dynamics, and communal living. With his trademark humor and pathos, Boyle moves us through the Loneys' initiation at one of Leary's parties to his notorious summer seminars in Zihuatanejo until the Loneys' eventual expulsion from Harvard and their introduction to a communal arrangement of thirty devotees--students, wives, and children--living together in a sixty-four room mansion and devoting themselves to all kinds of experimentation and questioning.Is LSD a belief system? Does it allow you to see God? Can the Loneys' marriage--or any marriage, for that matter--survive the chaotic and sometimes orgiastic use of psychedelic drugs? Wry, witty, and wise, Outside Looking In is an ideal subject for this American master, and highlights Boyle's acrobatic prose, detailed plots, and big ideas. It's an utterly engaging and occasionally trippy look at the nature of reality, identity, and consciousness, as well as our seemingly infinite capacities for creativity, re-invention, and self-discovery. Bestandsnummer des Verkäufers LIB9780062882998

Outside Looking in A Novel

Outside Looking in A Novel